No future in monopolising news 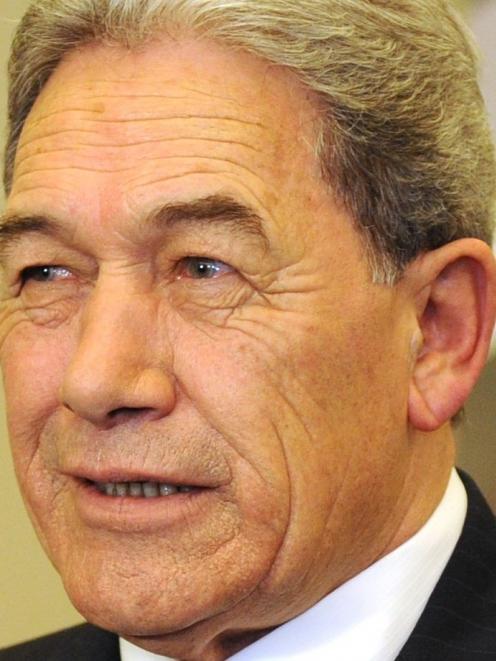 The NZ First leader this month reckoned our media propagated "fake news" in shining a light on the NZ First Foundation. Now, he reckons it needs his help to keep going.

Broadcasting, Communications and Digital Media Minister Kris Faafoi will not intervene but has been asked to look at NZME’s ‘‘Kiwi Share’’ commitment to keep certain mastheads open.

This may prompt a law change and Mr Peters, a long-time critic of all-powerful journalists, seems ready to support the formation of the most powerful single media company in our history.

For that is what will happen. NZME and Stuff are the biggest media players in New Zealand. When merged, their mega-company will own the country’s biggest newspapers, its two biggest news sites, Newstalk ZB, Radio Sport, Radio Hauraki, The Hits and the ZM radio network.

One shareholder-owned business would dominate the dissemination of news in our country.

Mr Peters has bought into the idea our media is dogged by "really serious issues" and mired in "dire straits".

But this story lacks balance: some companies, by virtue of their own actions, are worse off than others.

Revenue is not what it used to be. Mainstream print, digital and broadcast media compete locally and nationally in what can only be described as a splintering market.

New Zealand companies last year spent more than $1 billion on online advertising, of which $659 million was spent on internet search-based advertising. This is hardly small change in a small media market.

Media company responses varied. Some maintained their focus on regional and community media, adjusting their business models to keep newspapers and websites going. Others cut costs and promoted news to a national online audience. Stuff shut more than a dozen community titles. In many centres, local sales staff seem a thing of the past.

But it would be wrong to assume the travails of the big players, those with such awesome critical mass, suggest our media-at-large is on the verge of the precipice.

In many communities, regional journalism continues to perform its role in local democracy, even if it does so in a void created when corporate media retrenched and then retired.

This should be true of all communities but it is difficult to see how allowing so much media power to be concentrated in one powerful entity is a legitimate, or sustainable, answer.

Our publisher, Allied Press, has opposed the mega-merger since it was sought in 2016. All that has changed is the provision of a Kiwi Share plan that could be reviewed (read abandoned) after only a few years.

The Fourth Estate will erode if there are fewer separate opportunities for competitive analysis of the views and the issues impacting local and national democracy.

It will erode further if a national business ends co-operative news and advertising services, and turns the might of its overwhelming dominance on its regional and community competitors.

Local-level business diversity and innovation will be quashed. Over time, local-level media — if it seeks the same news and advertising as the mega company — will suffer.

Mr Peters is right to say our media is important to democracy. It is too important to be handed to a virtual national-level monopoly.

Arguably, a powerful Right Wing monopoly, with the radio operations of zb and ilk.