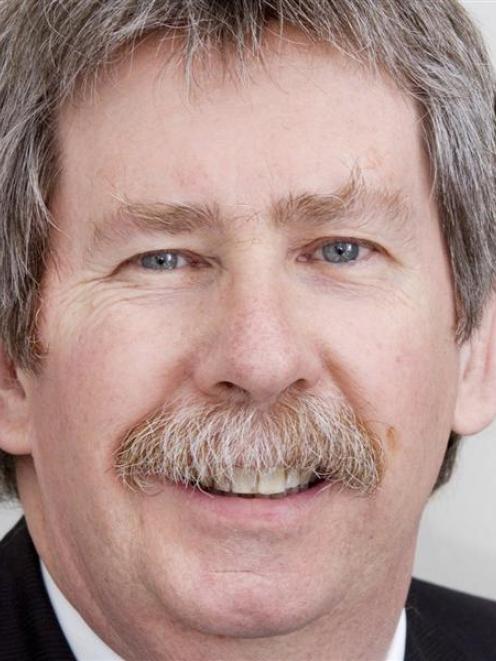 RRichard Thomson.
Southern District Health Board member Richard Thomson's reassurances about the status of Dunedin Hospital are undoubtedly a relief, but it is equally understandable if the public remains cautious.

Mr Thomson said on Sunday it appeared the public had been alarmed by a report in this newspaper about submissions to the board's draft southern strategic health services plan.

The article, accurately headlined ''Hospital downgrade fears'' (published on February 4), reported 900 written submissions and comments had been received to the draft plan.

Views were polarised about the future role of Dunedin Hospital, with some fearing a downgrade and others being comfortable if more services were centralised in Christchurch.

(The plan goes before the full board next month.)

A social media campaign, ''Stop Dunedin Hospital from being downgraded'', was subsequently started by Dunedin man Simon Smith, and has received more than 10,000 ''likes''.

Mr Thomson was adamant there was no downgrade planned, stating on Sunday: ''That's categorically not true'' and ''that is their fear, not what is planned''.

Mr Thomson was grateful people felt strongly about supporting the hospital, and acknowledged some services were potentially at risk.

He also said ''it would be unfortunate if one newspaper headline was to cause people to think something sinister was afoot'', that social media made an ''overreaction'' easy without understanding an issue, and people were linking separate issues.

There will be many who will feel slighted that their genuine and understandable concerns about the hospital - and our wider health services - were dismissed simply as an ''overreaction''.

The ''fears'' come after months and years of issues reported by this newspaper.

They include matters concerning services, centralisation, ageing infrastructure, staffing numbers, infighting, communication, drift and dysfunction, a recent unfavourable audit of the board's computer system disaster recovery plans, the dispute between the SDHB and South Link Health and the legacy of the multimillion-dollar Swann fraud.

Dunedin's neurosurgery service was only saved after a public outcry and campaign, the fate of the South's hospital kitchens is in the offing, and there are long waiting lists in various areas.

The impact the loss of teaching and centralisation of services could have on the University of Otago's Dunedin School of Medicine is a real cause of consternation, as is the flow-on effect on Dunedin's status and economy.

The only ''fear'' that has so far proven unwarranted is the persistent rumour the Government could replace the board with a commissioner.

The word ''crisis'' has been used on more than one occasion. Ahead of the release of the draft health services plan in October last year, board chairman Joe Butterfield (who Health Minister Jonathan Coleman announced last week would be replaced) said he expected the plan to cause anxiety once details were known.

While backing Mr Thomson's comments on Sunday, SDHB chief executive Carole Heatly said moving specialist services to Christchurch ''would only be considered if services, for whatever reason, were clinically unsafe or unsustainable locally''. She also blamed media reports for ''confusion''.

So, is expressing concerns in such a way an overreaction, the result of confusion, or a justified response by a worried public?

Despite assurances, surely it is not unreasonable to believe that even the best-laid ''plans'' could change, given the aforementioned issues, struggles with the population-based funding formula, the health board's multimillion-dollar deficit, the Government's savings push, the likely $200 million-plus price tag to replace the ageing Dunedin Hospital clinical services building (plus a $50 million stop-gap measure), the overall health sector demands of the obesity/diabetes epidemic, an ageing population, and the costs of technology and medicines.

One of the aspects that emerged from the submissions process on the draft plan was that of public engagement.

Many submitters criticised the lack of clear language in the plan. Ms Heatly said she had discovered the public did not know how to engage with the board, which had to become more accessible.

Mr Butterfield questioned how realistic it was to expect an ''ordinary member of Joe Public'' to engage on health strategy.

If the numbers supporting Mr Smith's campaign are anything to go by, the public is definitely prepared to engage.

It would be more reassuring, however, if, when 10,000-plus people sign the likes of a social media campaign - which after all is not dissimilar to more traditional mediums of protest such as petitions, a referendum or even ballot papers - their concerns are not dismissed as an ''overreaction''.