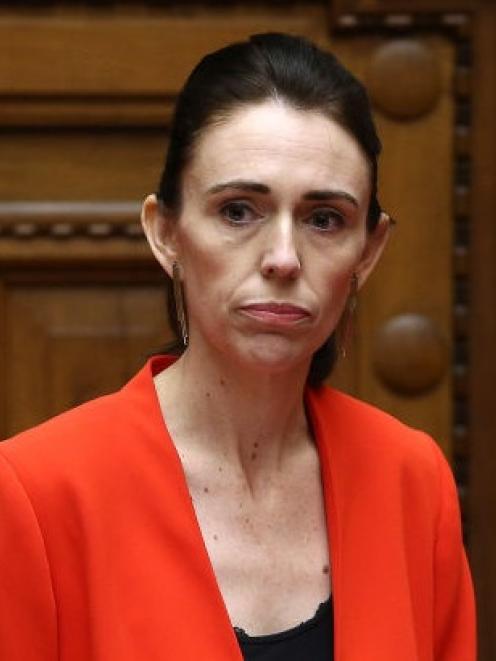 From her "relentless positivity" during the election campaign, to her rightly praised empathy and sympathetic oratory following the March 15 terror attack, Ms Ardern earned the high approval rankings she achieved in opinion polls.

Much of that was squandered last week, as details of the Labour Party's appalling mishandling of a complaint of alleged sexual assault played out.

Later that day, and many times since, Ms Ardern stressed that she had no idea until Monday that the complainant had claimed she was sexually assaulted.

Taking the Prime Minister at her word, the reaction since has much to commend it.

There was no doubting her anger, and Ms Ardern's stern words led to swift action; both party president Nigel Haworth and the staff member accused of misconduct - who denies the allegations made against him - have since resigned.

The problem for Ms Ardern is that few people, including many loyal supporters, are taking her at her word.

Who knew what when has been much disputed, but one thing seems abundantly clear - Ms Ardern should have known every detail of the issue, right from the start.

At the very least, this was an employment matter involving someone who worked in her office; at the very worst, it might have resulted in a complaint of alleged criminal behaviour.

Labour, at the time already facing allegations of misconduct at its Labour Youth Summer Camp, should have recognised straight away the seriousness of the claims against the staff member.

The internal inquiry Labour commenced was an inadequate response, but even if it had been an arms-length external inquiry, there is a difference between Ms Ardern being independent of a process and her not being sufficiently appraised of its progress.

Even if Ms Ardern was not fully cognisant of the seriousness of the claims against her former staffer, many other people seemingly were.

By Wednesday, Ms Bennett's increasingly pointed questions reached the stage where she named a range of Ms Ardern's advisers and political colleagues Ms Bennett believed had been fully appraised of the true nature of the complaint some time ago.

If this is so, it beggars belief that either Ms Ardern did not know, or that she was not told.

If the former, this was surely a level of detail she should have asked further questions about - as an employer, as a party leader and as Prime Minister.

If the latter, it is an egregious departure from the well-established "no surprises" policy that the Prime Minister's office works under.

Ms Ardern's claim of ignorance until Monday's revelations is now receiving intensive scrutiny. Even assuming no evidence to the contrary is found, the damage has already been done.

Those are questions Ms Ardern can ill afford to be asked a year out from an election, in which her personal popularity will be the most valuable asset Labour has.

So far, at least four people have resigned from official Labour Party roles and cancelled their membership as a result of their dissatisfaction with how the woman's complaint was handled. If loyalists are that incensed Labour should, rightly, be deeply concerned about how the general public views this.

Labour and Ms Ardern will continue to face serious questions about their credibility; they must swiftly find tenable answers.

Jacinda Ardern is talented and would be great for a figurehead type Presidential role for this country. However, it is also becoming very obvious there is a hole in the Government with poor decisions being made on a raft of issues. The PM frequently left stranded and undermined. The Country has experimented with youthful generational change in both parties but we really need experienced leaders in the mix at this point in time.

the far left dream is over. we need a real government