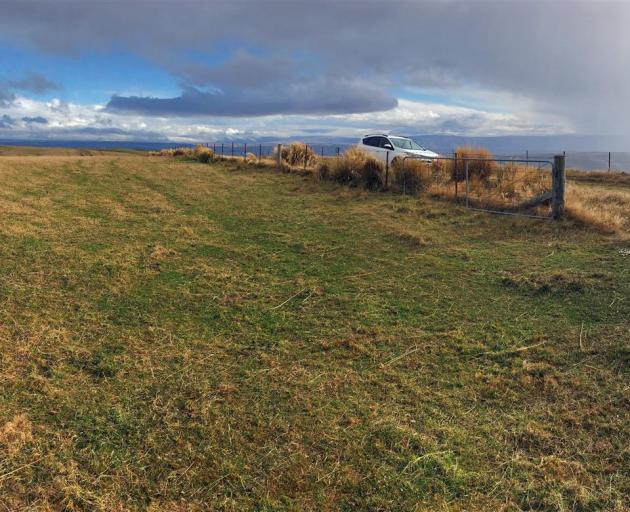 Construction of the MetService's new weather radar is to begin on Lamb Hill this week. Photo: Supplied
Good things take time, they used to say in those wonderful Mainland Cheese television ads. If that is the case, the confirmation MetService is finally about to begin work on Otago’s weather radar unit is very good news indeed.

The state-owned enterprise told the Otago Daily Times it would sometime this week be cutting into the ground on Lamb Hill, about 25km northwest of Dunedin, and turning the first sods of earth on the site.

There will be several months of construction and testing, with MetService meteorological data services manager Kevin Alder predicting that, barring bad weather (ironically) or other unforeseen issues, the $2.8 million radar should be operating by the end of May. In other words, just in time for the official arrival of another winter in the South.

The weather radar will be a very welcome addition that should help improve the accuracy of forecasts for Dunedin and Otago and, more importantly, pinpoint severe weather and when and where it is likely to have the greatest impact on life and livelihood.

It will also be welcome because the waiting time for Otago residents has been more than a quarter of a century. Since the idea for a weather radar here was first mooted and a story published in the Times in the early 1990s, another six radar units have been installed elsewhere around the country by MetService.

These have been in places like Northland, Taranaki, Hawke’s Bay and Westland, areas which, like Otago, also have their fair share of extreme weather and economies which rely on the best advice about forthcoming conditions.

Meanwhile, Otago residents have had to make do with sketchy radar scans from units much further north and south, in Canterbury and Southland respectively weather information which does not give a complete picture of what is going on in the sky above our region.

Presumably it has not only been difficult for MetService to find an Otago location which commands the best views of incoming weather from all directions, but also to complete negotiations with landowners for the use of that site.

To be fair, Otago has some very complex terrain to take into consideration. Investigations were carried out at various potential sites, including east of Milton at Akatore, southwest of Balclutha near Kaihiku, and just inland of Waikouaiti.

In the end, a 750-metre hill northeast of Hindon was chosen for what Mr Alder said was its "excellent coverage of Dunedin city, the Taieri and Clutha river catchments, and eastern Otago from the Catlins to the Waitaki".

It is vital that the Otago radar can look for bad weather in all directions. As we know only too well, the weather this far south can be extreme and can change very quickly.

Unlike some parts of the country, where the most severe conditions tend to come from just one direction, Otago is exposed to bad weather from all corners of the compass. We can have heavy mountain rains in nor’westers, coastal deluges in easterly winds, snow to low levels in southerlies and damaging summer thunderstorms drifting across from Central Otago.

One positive aspect of waiting a long time is that the radar about to be installed can tell forecasters so much more than the earlier models. Mr Alder says it will be able to distinguish between different precipitation, be it rain, hail or snow.

It will also give more precise estimations of accumulated rainfall invaluable for hydrologists and the region’s emergency managers worried about the levels of rivers and lakes and needing to make the best decisions when it comes to evacuating communities.

It is difficult to say if the earlier deployment of an Otago weather radar may have helped lessen the impacts of extreme weather events over the past decade or so.

However, it is certainly good news that within a few months the radar will be in operation. Better late than never as storms bearing the hallmark of climate change seem to be ramping up.