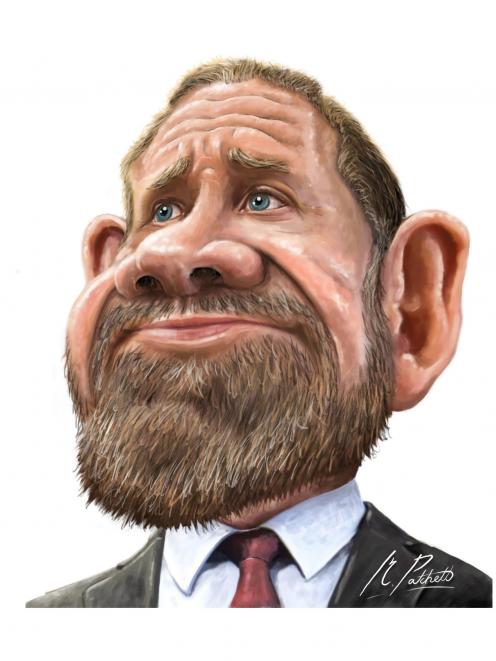 Earlier this month, as part of the Government’s response to the Royal Commission into the Christchurch mosque terrorist attacks, a Centre of Research Excellence for Preventing and Countering Violent Extremism was opened at Victoria University.

Minister Andrew Little announced that the centre would have “a focus on understanding diversity and promoting social cohesion” — at which people will either nod with approval or think “yadda yadda yadda”.

His comment implies there is a close relationship between diversity and cohesion, or at least that the centre’s work should be based on that assumption. But it might be argued that the more diverse any situation may be, the more varied extremes there are likely to be.

We don’t have to look far back in history to see that principle working out in practice.

In the dreadfully non-diverse social conditions of New Zealand in 1951, the population was 94% Pakeha and 6% Maori. In 2013 — these are census-derived figures — the percentages were Pakeha 68%, Maori 14%, Asian 11% and Pasifika 7%. So, lots more racial diversity now. But it’s us, and not our parents or grandparents, who are worried about extremism.

The centre needs to ensure genuine human diversity is respected, but it cannot assume social cohesion will somehow naturally follow. Extremism seems to be a corollary of diversity; and violence is very likely a corollary of extremism.

In a society that reifies high levels of diversity, it is too easily assumed that — as with traditional virtues, such as temperance and justice, hope and love, etc — it is impossible to have too much. This is one of the reasons diversity is not actually a virtue. It is a condition that is good in some circumstances and not in others. In most contemporary discussions, diversity trumps any consideration, even though high levels of diversity can sometimes be dangerous.

Imagine, for instance, a society in which everyone speaks a different language: there would be a high level of diversity, but a complete lack of communication, which would be unsustainable. Or consider genetic diversity: everyone agrees that (in agriculture) monocultures lead to environmental collapse, and thus monoculturalism is often used as a metaphor to critique opposition to multiculturalism in social policy. But an ecology in which there was maximum diversity — in which each individual organism was a different species — would collapse quite as quickly as a monoculture.

So I hope that when the centre personnel convene, away from Minister Little and his ideological agendas, they recognise there are extremists for as well as against diversity.

For the last couple of decades, we have been accustomed to think of all extremism — at least, in societies like our own — as being right-wing; and more recently, by extension, of all right-wing thought as extremist. Certainly there are right-wing extremists, some of them violent.

But only a failure to observe, or a wilful ideological blindness, would prevent us from recognising the danger of left-wing extremism, which having been in the ascendency for a number of decades, and having developed the force of orthodoxy and thus become invisible, is all the more dangerous.

If you doubt this, you can put it to the test.

Take any traditional but mildly conservative notion, such as that there might need to be some limits on immigration, or that marriage is an estate to be entered into by a man and woman. Twenty years ago, you could have a discussion about these topics; today a reasonable person might be afraid of confessing to such ideas in public, in case their employer summons them to a meeting with the HR people.

And on the other hand, there seems to be no left-wing idea that is too extreme to be taken seriously.

You can say that a person’s sex is not part of their biological being, but ... something else; or that to be a fully-fledged environmentalist requires that one consider humanity to be a species that is fundamentally no more important than and no different to any other. Examples could easily be multiplied.

Extreme left-wing ideas have almost instant credibility in politics, the public service and the academy, and are given loud lip-service in the worlds of fashion, education, the media and marketing. The extreme left have at present no need to undertake violence but that doesn’t mean they aren’t dangerous.

A real danger of the entrenchment of extreme left views in public life in New Zealand is that it excludes all right-wing dissent from civil debate, so that folk who would be mildly and harmlessly right wing in a more open society are forced towards extremism.

This is how Trump emerged, and the Left has not learnt its lesson.

The extreme right is not a product of the mildly right: most people on the right will stay mildly so, as long as they do not find their views excluded from public discourse. Right-wing extremism — the views of a violent minority — results from the mainstreaming of left-wing extremism.

Glenn Hardesty is a Dunedin writer and retired teacher.