Faith and reason: Many biblical issues are ours too 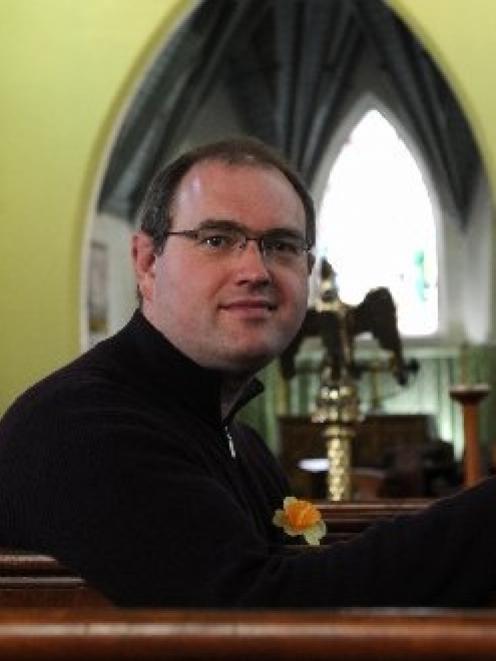 James Harding
The Bible can help us face harsh realities in our own society, writes James Harding.

How might the Bible help us to confront honestly the uncomfortable realities we, as a society, ought to face?

This may seem an odd question, particularly since the Bible is seen as irrelevant to many in our supposedly secular society, and largely unknown even to those who profess faith in the God to whom the Bible bears witness. I am, to be sure, a person who professes just such a faith, but I also teach the Bible in a university, where I cannot assume any faith on the part of either students or colleagues. I want to suggest there are parts of the Bible that, whether we have faith or not, can help us to wrestle with difficult questions we need to deal with, for the sake of the mental and moral health of our society.

There are all sorts of issues about which we, in New Zealand, find it difficult to speak honestly, and even when we do summon up the wherewithal to speak, we can find it difficult to know what we might actually do. It is easier to pretend they are not there, but for the sake of the health of our society we must take the harder option of confronting them.

I could point to any number of issues: child poverty, for example, which is an entirely solvable blight on our society; the persistence of institutionalised racism, an insidious evil recently highlighted again by the Mayor of New Plymouth; or the tragedy of youth suicide, which reflects an awful degree of demoralisation and alienation that we must find ways to understand and overcome.

I want to focus, though, on sexual violence. Why should we turn to the Bible to deal with that? There are different answers. Some would begin by criticising the way the Bible can be, and often is, used to place women in an inferior position in relation to men. There is much we need to discuss there, but I want to look instead at two stories in the Old Testament of what we would now call rape.

When we look at the Bible, we are looking at a library of books that belong to an ancient, faraway society. They were not written for us, but for another time and place. That does not, however, make them irrelevant. Instead, by opening a window into a time long ago and a place far away, they make their modern readers think about what made that society different. At the same time, they make their readers think hard about what our society might have in common with theirs.

In the Old Testament, there are several stories that are rarely read, but which I insist on teaching, that relate acts of sexual violence. I insist on teaching them precisely because they confront us not simply with the sickness of an ancient society, but with a sickness in our own.

At the end of the book of Judges (Judges 19), a man seeks a place for himself and his female companion to spend the night. A crowd of local men gather with the intention of raping the man, an outsider in their midst, and to protect himself he throws out his woman, to be abused to the point of death. In retaliation, a tribal war takes place that leaves the tribe of the guilty men so depleted they need to abduct women to keep the tribe alive.

As foreign as this horrible story may seem, it confronts us with issues we still have to face: male sexual assault against women and men, intolerance of those who are different from us, and the desire for violent retribution against those who have committed terrible wrongs.

Or consider the sordid story of King David's family in the books of Samuel (2 Samuel 13). David's son Amnon falls in ‘‘love'' with his half-sister Tamar, and tricks her into being alone in his room. There he rapes her, leaving her betrayed, humiliated and bereft. Again there is retribution, her full brother Absalom making Amnon pay with his life, leading in the end to a grim civil war.

Amnon and Tamar are an ancient example of the fact that rape is most often committed by someone known to the victim. It confronts us with male violence, insecurity and cowardice, on the part of Amnon, Absalom and David himself.

We need to keep reading stories like these, and we need forums in which to do so, precisely because they focus our attention on sicknesses that exist in our own society that we need to diagnose and heal: in fact, that is one of the key things that universities are for, to offer wider society the resources we need to think through our most pressing moral problems.

It is, after all, only when we learn how to talk honestly about these kinds of human tendencies and behaviours that we can begin to figure out how to deal with them.

The Rev Dr James Harding is a senior lecturer in the department of theology and religion at the University of Otago, and an Anglican priest.