Last week, we saw two examples of what may seem on the face of it conflict between the governance arm of the Otago Regional Council and the operational arm led by the chief executive Sarah Gardner.

A council meeting was held where the advice of the staff was not taken, and comment was made concerning Mrs Gardner having a view of the plea by southern councils to the Government to give more time to engage with the proposed Three Waters reform.

To think of these two examples as conflict is to misunderstand the roles of staff and governance in a democracy in general and the specific situation of a council in New Zealand.

On a good day, staff provide information regarding possible issues to be discussed and decided on by councillors. The level of information is tailored to the complexity and importance of the decision.

Options are provided and the likely effects of the choices which could be made are canvassed, as well as possible resolutions provided. This mirrors the type of process one imagines Cabinet might go through nationally, albeit that the starting request for the agenda item may be more controlled in central government Cabinet decisions.

There is a mechanism in the rules (standing orders) around meeting procedures, to provide for matters to be brought before a council meeting by councillors outside the general agenda items. Members of the public may also ask to be heard in a forum which happens as an early item on the agenda. This allows anyone to come and talk to a council meeting about issues they wish to be brought to the attention of councillors.

At the meeting there will be often vigorous debate and questions asked of staff to clarify their advice. Sometimes further information is requested from staff, possibly involving an adjournment of the meeting or the item. Then a decision is made by councillors, who are elected by the people to make such decisions.

It is not at all inappropriate for decisions made which do not coincide with advice from the staff. Indeed, if staff advice was inevitably followed, it would lead to a questioning of whether there is any point of the democratic part of the process at all. And as there are usually several options with different likely outcomes provided by staff, we could not even know which is the one which staff would choose if it was their choice.

This week, we were presented with a paper which provided no choices, only a recommendation to take a particular action.

Two councillors sent in a notice of motion proposing an option which was different from the staff advice. In the event a motion was passed which did not mirror the recommendation by staff.

The second item which seemed like a possible conflict was the Three Waters reform proposal which has been discussed both at governance level around council tables and between central government officials and operational arms of councils at a local level.

At governance level, a letter was sent asking for more time to understand more fully what the various councils would be committing their ratepayers to if they signed up for this proposal. At operational level, the comment made by Mrs Gardner was a reflection of how she saw the proposal proceeding.

These are not conflicts. They show that democracy is working and that both the operational levels of council and the governance level have a part to play, which will not always have them singing from the same song sheet.

This is happening at central government in an obvious way about Covid. Advice is given by officials, and a political decision is made by Cabinet.

Political decisions are just that: political.

- Hilary Calvert is an Otago regional councillor. The views expressed are her own. 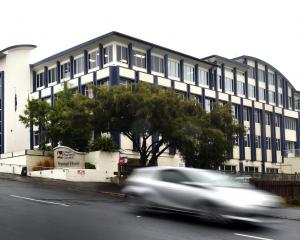