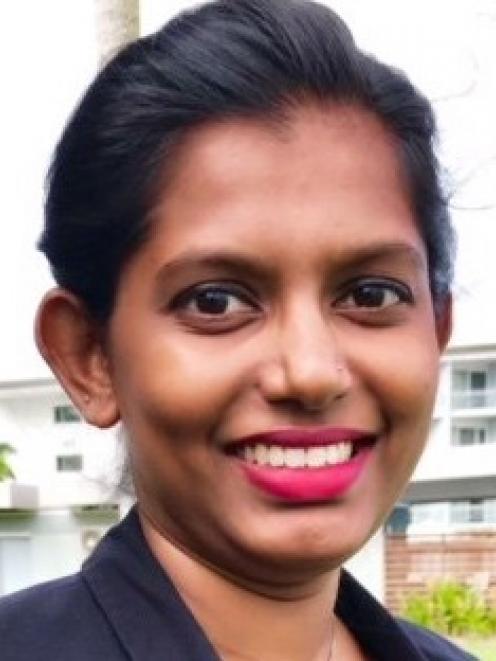 Sargam Goundar.
Pacific Island countries and territories are internationally portrayed as particularly vulnerable to Covid-19. However, in times of crisis, it is important not to forget their strengths, write Sargam Goundar  and Kim Andreas Kessler.

Thousands of Kiwis are experiencing in isolation what is somewhat more familiar to people living on remote islands: Being in the same surroundings, sighting the same views, and seeing the same faces day in and day out.

And yet, in times of the novel coronavirus crisis, some Kiwis probably wish to be on a remote island — far away from the crowds. Either way, the Covid-19 virus has now reached the Pacific Island countries and territories.

These are portrayed to be particularly vulnerable to this coronavirus. The two main reasons for this high level of vulnerability are: communal lifestyles, which considerably increase the risk of infection, and fragile health systems, which can quickly reach their limits.

The recent measles epidemic in Samoa — which caused more than 80 deaths in a state with about 200,000 inhabitants — made this clear. However, a closer look with a focus on the local level reveals that many Pacific Islanders are better equipped to deal with the effects of this coronavirus than internationally reported.

Resilience and solidarity in everyday life

An example from Fiji: The society of the island state has been tried and tested. The now more than 880,000 inhabitants have survived four military coups since 1987.

Cyclones have been occurring more frequently over the past decades due to climate change, but they have been part of the annual cycle for generations. These military coups and storms were often associated with curfews, the closure of public facilities, and domestic emergency arrangements. This collective crisis experience, which spans several generations, can help dealing with this coronavirus crisis.

In traditional Fijian society, the collective is at the centre. Even if these collective values have changed in the course of globalisation, they are still held up — especially in times of crisis. "Social capital", as Western science calls it, helps islanders to cope with crises. For example, supporting neighbours or the elderly is part of everyday Fijian life. States with more Western societies are currently calling for solidarity. "Be kind" and "look after one another" is New Zealand’s version. In Fiji, however, a governmental plea for solidarity seems less required. As a cultural value, solidarity is deeply embedded in everyday Fijian life.

About 45% of Fiji’s population still reside in rural areas. Even though local Fijians’ dependency on supermarkets and imported products has increased significantly over the past decades, many rural households in Fiji are, at least to an extent, subsistence-based.

Thus, they are less dependent on international and national supply chains, and they are better prepared to sustain themselves based on local resources.

A certain degree of "supply insecurity" is part of everyday Fijian life, especially on outer islands. Ship and plane cargo are heavily dependent on demand and weather conditions.

Import supply is volatile. Thus, outer island residents are used to dealing with supply interruptions. For example, it is not a first experience when toilet paper runs low or runs out. People are used to going through everyday life in an inventive, flexible, and modest manner.

In addition, island geography can also be used to protect high-risk groups. In the Cook Islands, located to the east of Fiji, elderly people have already been flown out to relatives on outer islands as a protective measure against a virus infection.

At the local political level, Fijian village communities are administered by village chiefs, locally known as Turaga ni Koro. In addition, religious institutions and their leaders are usually deeply connected with local people.

These existing structures can be helpful in times of crisis.

They can contribute to efficient communication with the local population, unite people to a common goal, and help enforcing rules.

In terms of technology, the University of the South Pacific, with its main campus in Fiji, is a master of networking. For more than 50 years, the university’s employees have been involved in distance learning.

The institution is owned by 12 Pacific Island countries and territories and covers an area three times larger than Europe. Already in 2018, more than 15% of all students were studying online at the University of the South Pacific, and more than 60% studied at least partially online.

The University of the South Pacific is thus better equipped to move completely to distance learning than some of the world’s top universities.

In the context of this new coronavirus, there are indeed challenges ahead for Pacific Island countries and territories.

The risk of infection due to communal lifestyles and the problems in healthcare are very real. However, in times of crisis, Pacific Islanders’ communal way of life, which makes them so vulnerable, also becomes their strength.

The lived experiences — whether in businesses, politics, or education — build a foundation for Pacific Islanders’ resilience. Weaknesses and challenges are often most apparent in times of crisis.

However, in the novelty of the Covid-19 situation, Pacific Islanders’ strengths should not be forgotten.