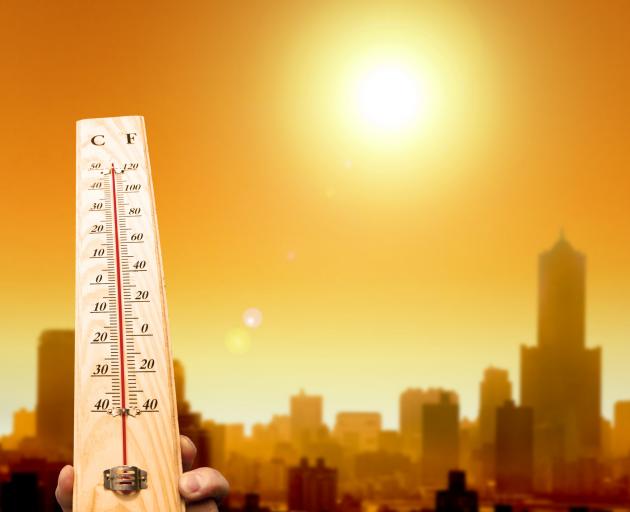 The Intergovernmental Panel on Climate Change says it is still possible to prevent catastrophic global warming, but to do so we must act collectively within a dozen years. Photo: Getty Images
New Zealand should join the global effort to mitigate climate change. It's the rational decision, writes Elisabeth Ellis.

In the wake of the West Coast Regional Council's rejection of the Zero Carbon Bill (ODT January 30), some New Zealanders have been asking why they should reduce their emissions when they contribute such a small fraction of the global total.

Even if New Zealand transitions to net zero within a dozen years, unless most other countries join us we will remain on the path to "hothouse earth," a new normal of climate extremes and unprecedented human hardship. If we cannot make a real difference, people ask, why should we make an effort?

The answer is that making that effort is what makes us members of the global coalition to tackle climate change. Reducing our emissions is globally significant not only because it contributes incrementally to total emissions reduction, but also - and much more significantly - because it sustains the collective action that is the world's only hope for managing our climate.

A useful analogy for New Zealand's participation in the United Nations Framework Convention on Climate Change is the case of an ordinary taxpayer. The taxpayer could wonder why she should pay her taxes, when the effort to pay them will make a big difference to her but will contribute only a vanishingly small portion of total tax contributions.

We don't pay our taxes in order to make a real difference to the national budget's bottom line, but out of solidarity with our neighbours and fellow taxpayers. There are countries where tax avoidance is the norm: those countries are unable to solve most of their common problems. Collective action is the way human beings solve problems like providing infrastructure and transitioning to clean energy.

So the question of why New Zealand should reduce its greenhouse gas emissions when they amount to a tiny fraction of the global total is really the wrong question. The question we actually face this year is: should we be members in good standing of the global effort to mitigate climate change, or should we go it alone? Given our individual inability to solve the problem of global warming, membership is clearly the rational choice.

We want to be members in good standing and not isolated free riders, some New Zealanders might now say, but the price of membership is too high for us to pay. Climate scientist Tim Naish opined last year (ODT October 9, 2018) that quick reductions in greenhouse gases sufficient to limit warming to 1.5degC above pre-industrial levels would "tank our economy".

He did not specify any economic research supporting this conclusion, and in fact while there is a lot of disagreement on specifics, there is almost no disagreement about both the inevitability of energy transition and the financial advantages of pro-active rather than reactive planning. However, even if Naish were correct in his dire assessment of the costs to New Zealand of a quick transition, that would not take the benefits of participation in the global mitigation effort into account.

The advantages of participation include immediate co-benefits like keeping the billions of dollars we spend on imported fossil fuels each year, not to mention cleaner air and water. Even more important, however, are the advantages that come from being members in good standing of the global coalition to address climate change. Late last century the world agreed to tackle the deterioration of the ozone layer by phasing out chemicals that damaged it.

Early adopters were advantaged with regard to the booming new market for safer refrigerants and other chemicals, while the global community achieved its goal of slowing ozone deterioration.

The winners in the Montreal Protocol negotiations were not those who chose to stay on the sidelines but those who led the way (along with everyone else who enjoys the protection of the ozone layer).

The IPCC says that it is still possible to prevent catastrophic global warming, but to do so we must act collectively within a dozen years. Transitioning to clean energy is like lifting a heavy car off an accident victim: we can save the victim, but only by acting together. By rejecting the Zero Carbon Bill, the West Coast Regional Council is choosing to stand on the sidelines and hope that everyone else is collectively strong enough to lift the car.

Fortunately for New Zealand and for the world, an overwhelming majority of the nearly 15,000 submitters to the consultation on the Zero Carbon Bill recognised the value of collective action and chose to support it.

- Prof Elisabeth Ellis is a professor of philosophy and politics and director of the programme in philosophy, politics and economics at the University of Otago.