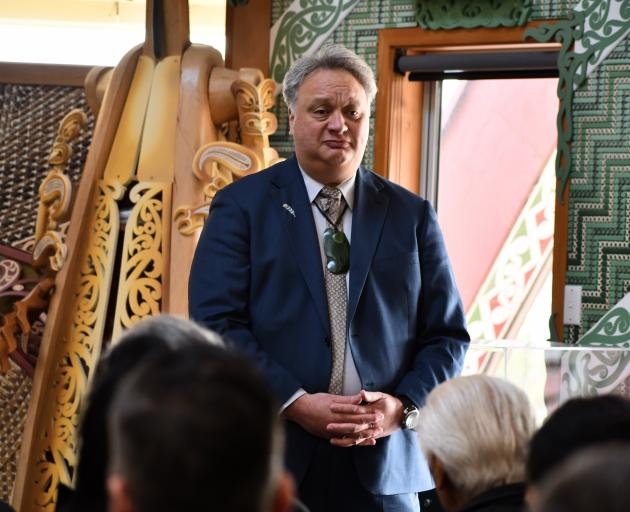 A Matariki public holiday would be for all New Zealanders to share, Te Tai Tonga Labour MP Rino Tirikatene says. PHOTO: LAURA SMITH
Pencil in June 24 in your 2022 diary. We are — probably — going on holiday.

In one of its last acts before going into the school holiday recess, Parliament passed the first reading of the Te Kahui o Matariki Public Holiday Bill.

The Bill still has to go through the parliamentary process but given it is a Government Bill and has Green Party and Maori Party backing, its success should be a formality.

Sponsored by the effervescent Kiritapu Allan, now back in the House following her very public tussle with cancer, the Bill sets out the dates of Matariki for the next 30 years, and promulgates that they be public holidays.

We do not get that many days off in New Zealand, and many of the ones that we do get are a legacy of colonial history — Christmas and New Year were brought here on the first ships, as was Easter, let alone Waitangi Day and the day off we get in June to mark the Head of State’s birthday.

Others are products of our shared history, Labour Day and Anzac Day.

But, as many speakers pointed out during the debate, a day which marks an all-inclusive New Zealand thing is lacking on the list of national festivities.

While it is true that the star cluster Pleiades rises everywhere across the hemisphere, it is only in Aotearoa that Maori deemed the first sighting of its light the new year in their lunar calendar.

The Bill provides that Matariki will fall ‘‘on the Friday adjacent to the weekend closest to the Tangaroa lunar phase’’, which will mean little to anyone other than ardent astronomers ... But the implication that that will mean a three-day weekend will be quickly grasped by everyone.

‘‘We are voting on a Maori public holiday,’’ he said.

‘‘A Maori public holiday and one that is for all New Zealanders to share in. That is wonderful.’’

To the credit of those opposed to a Matariki holiday, the argument of National and Act New Zealand against Matariki was an economic rather than a cultural one.

While Matariki has been a fixture of Maori life for centuries, it is really only in the past two decades that the concept has begun to be grasped by the entire community.

There are few communities which now do not have some sort of Matariki celebration, either an unofficial one at grassroots level or a major urban celebration with fireworks.

Matariki has quickly become a mainstream event, one which was embraced by Dunedin National list MP Michael Woodhouse — who praised his former colleague Hekia Parata for doing much to elevate its profile when she was minister of education.

But for all that, he and his party were going to vote against the Bill, he said.

‘‘I don’t want to sound like the Grinch,’’ Mr Woodhouse said, failing miserably in the process, ‘‘but I am the shadow finance spokesperson.’’

And from that rational, economic perspective, Matariki was an economic cost to businesses already battling for survival after almost two years of trading wrecked by the impact of Covid-19.

While accepting that public holidays had a cultural, wellbeing and social benefit, someone had to pay holiday rates and allow for lieu days and that would be a business sector already severely burdened by costs, Mr Woodhouse argued.

And with that, he took their snoof and their fuzzles, their tringlers and trappings, 10,000 feet up Mount Crumpet to dump it.

‘‘Our position is that we regretfully cannot support it even though we strongly support the principle of the celebration.’’

Mr Woodhouse may well be right in putting the overall expense of Matariki at $400million, but that has to be balanced out with a likely increase in economic activity in some sectors.

The Bill explicitly states Matariki should give people the chance to travel and be with whanau and friends, so transport, accommodation and hospitality for a start should see opportunities there.

Also, commerce is never slow to see an opportunity to make money, so ‘‘Matariki markdowns’’ may well become as familiar as Queen’s Birthday sales and Labour Weekend clearances.

Whether ‘‘Grinch’’ Woodhouse will bring back all the food for the feast and carve the Matariki roast beast remains to be seen, but National and Act New Zealand look to be vainly trying to turn back the tide on this one.

Matariki is not the only thing to have brought Ms Allan, Mr Tirikatene and the South together in recent days.

They, alongside other southern MPs, were at Te Rau Aroha marae in Bluff on Tuesday for the signing of the Southland Regional Aquaculture Agreement.

Seven years in the making, the agreement settled iwi aquaculture claims, which have been on the table for far longer than that.

Quite apart from being an electorate issue for Mr Tirikatene, he is also parliamentary under-secretary for oceans and fisheries and has been asked to increase Maori trade, something this agreement may well do if, as expected, Ngai Tahu now seeks aquaculture permits under its auspices.