With the pace things are moving in New Zealand at the moment, the adage ‘‘a week is a long time in politics’’ seems woefully inadequate. 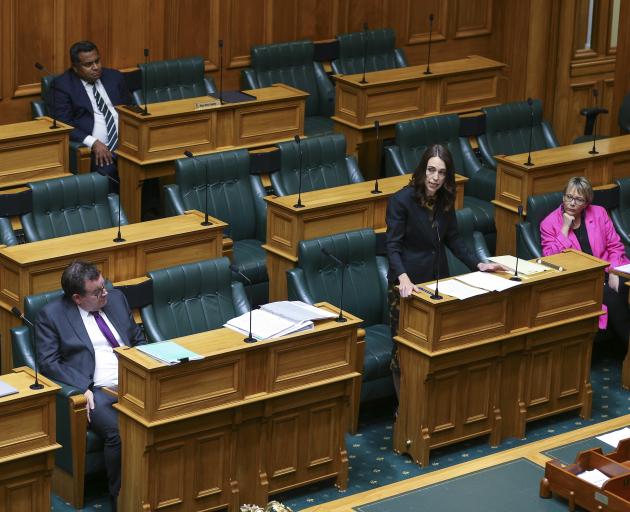 Prime Minister Jacinda Ardern declares a State of National Emergency to fight Covid-19 before a nationwide lockdown at Parliament this week.PHOTO: REUTERS

Seven days ago, Parliament was due to sit next week and consider such important matters as the Gas (Information Disclosure and Penalties) Amendment Bill.

Instead, Parliament this week effectively legislated itself out of a job for at least a month, adjourning until April 28 in arguably the most extraordinary day in New Zealand political history.

National Dunedin list MP Michael Woodhouse was one of the few MPs to make Wednesday’s special emergency session — in line with Level 4 strictures, those MPs who did not need to be in Wellington were at home or on their way there. 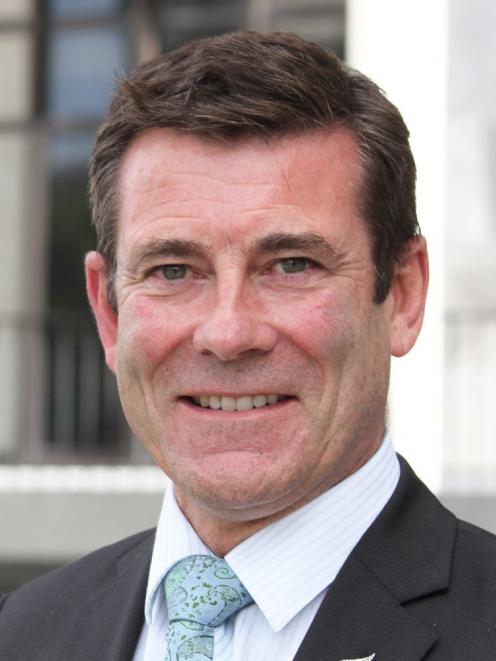 Mr Woodhouse — now back inside his bubble in Dunedin — said the House was in a sombre mood on Wednesday, the usual banter across the chamber between MPs either forced or dispensed with entirely.

With no-one in the public gallery and few journalists present in the press gallery, speeches echoed through a largely empty debating chamber, adding to the sense that this was very much not business as usual.

Mr Woodhouse described the two hours it took to undo our usual system of government and authorise $52 billion worth of spending, the largest appropriation outside of a Budget in the country’s history, as a ‘‘rocking chair moment’’ — a story he will tell his grandchildren in years to come.

Occasionally in Parliament you have those days where you know everything that is happening is of historic moment.

This was one of those days, and all MPs treated it with due gravity — including National leader Simon Bridges, whose contribution was much more in keeping with the prevailing mood than his response the week before in the debate on the Government’s financial response to Covid-19.

As foreshadowed in last week’s Southern Say, the Government moved to bring the Opposition in to the ongoing all of nation effort to fight Covid-19.

The chosen mechanism, a special Covid-19 select committee to be chaired by Mr Bridges, meets for the first time on Tuesday.

Two-thirds of its membership will be Opposition MPs, and one-third supplied from the Government.

That composition will provide a valuable check and balance on the sweeping powers the Prime Minister and others now have during the state of national emergency we are now in and she was right to welcome that when she announced further details on Thursday.

The committee’s first meeting will decide its agenda and sitting programme, and be a test run for the technology needed to run a committee meeting from 11 separate locations — it is expected MPs will meet remotely.

While not for a moment dismissing the herculean efforts of the Government in how it has dealt with the Covid-19 crisis so far, it was National which declared the country’s only other state of national emergency, which followed the Canterbury earthquake.

National is likely to have Mr Woodhouse as health spokesman and Paul Goldsmith as finance spokesman permanently on the committee, as well as Act leader David Seymour.

A rolling cast of other National MPs will be called upon if the topic for the day’s discussion is within their responsibilities.

Many of those MPs were in Cabinet in 2011 and will be familiar with the needs of an emergency situation, and the unpredictable and ever-changing nature of what a crisis demands.

Government representatives on the committee are yet to be named, but Green Party co-leader Marama Davidson and New Zealand First deputy leader Fletcher Tabuteau are expected to represent their parties.

As a Minister Dunedin North MP David Clark cannot be on the committee, but with health and finance responsibilities he will no doubt be seeing plenty of it as it goes about its work.

Whoever the 11 — or more — are, they have a weighty responsibility.

Parliament is not usually compulsory, or even compelling, viewing for most New Zealanders, but with four or more weeks of lockdown to endure, the doings of the Covid-19 committee, which are expected to be broadcast, may attract a wide viewership.

At this time, New Zealanders want and need to see their MPs work together for the common good.

Crisis or no crisis, Parliament’s machine has kept humming.

The latest tranche of Ministerial diaries has just been released, and Dr Clark’s graphically shows the escalation of the Covid-19 crisis.

While Dr Clark would regularly meet with the director-general of health regardless of the circumstances, in February there were 16 recorded meetings between the two, sometimes several times a day.

No doubt that level will be met, if not cleared with room to spare, when the March diaries are released.

Don’t shop till you drop

Clutha Southland National MP Hamish Walker attempted to demonstrate leadership this week, posting a photo of his shopping trolley on Facebook to show what sensible, non-panic buying looks like.

His best intentions backfired though, with commentators ‘‘trolley shaming’’ Mr Walker, criticising his choice of milk, his buying cage eggs, and for purchasing instant coffee rather than beans or ground coffee.

It’s going to be a long four weeks.