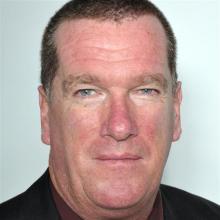 Peter Lyons.
We are living in an age of rising inequalities on a variety of fronts, writes Peter Lyons.

My friend got her "proposed restructuring" letter two years ago. In the mumbo jumbo terminology of modern management, her position was being "disestablished". She had been in customer services with the firm for  more than 10 years on a middle income. It took her six months to find alternative work. In her own words, she had been living in a bubble and hadn’t realised how tough the labour market had become. Salaries offered for similar roles had dropped significantly with lots of competition for available positions. It was a harsh realisation. My friend is now working longer hours in a manual job for much less pay.

We are living in an age of rising inequalities on a variety of fronts. It is the same in many other countries. The middle-income jobs in these economies are being hollowed out. They are being automated, computerised, outsourced or lost to overseas competition. Even white-collar jobs such as law, accounting and journalism are susceptible to replacement or displacement by technology or overseas competition.

In the taxi industry, outfits such as Uber are threatening the pay and conditions of traditional taxi drivers. In tertiary education, it is becoming obvious that online course delivery will impact on employment and job security for academics.

For mass-produced items such as automobiles, TVs and whiteware, production processes are becoming dominated by robotics and automation. Human employment is  reduced to key management roles, specialised engineers and maintenance staff.

Economists have traditionally believed that a properly functioning economy will always tend to create enough jobs for its workforce. This is based on an old adage called Say’s law. For the economy as a whole, total supply of goods and services should generate enough jobs and incomes to ensure sufficient total demand in the economy. In our brave new world, Say’s law may no longer apply.

Wealth and incomes are concentrating to those at the top of the economic pyramid. This is a natural outcome of technological change, globalisation and current economic settings. Those with scarce talents, skills and abilities are gaining the  lion’s share of the growth dividend. The bulk of the workforce is left with the crumbs.

There is an abundance of cheap labour in the world economy.  In standard economic theory,  the scarce resources always attract the highest returns. Technological change and globalisation is magnifying this trend. But there are some fundamental problems with this trend.

Any society with a small affluent elite and a struggling majority invites social and political unrest and disruption. Brexit and Trumpism are symptoms of this malaise. The skewing of purchasing power towards a smaller and smaller minority also distorts demand in an economy. Asset prices such as property and shares get bid up. The lack of balanced demand in the economy inhibits the growth in new businesses,  output, incomes and employment in the broader economy. The trickle-down effect is literally a trickle.

This is not an argument about Left or Right or market versus state. It is about creating an economic system in a rapidly changing world that serves the bulk of a country’s citizens. It will require innovative thinking by politicians and policymakers. Unfortunately, recent history provides some unsettling lessons. The Keynesian consensus that served many Western societies so well in the post-war period was forged from a shared consensus to avoid a repeat of the Great Depression and world wars that preceded it.