Partnership crucial to our hospital's future 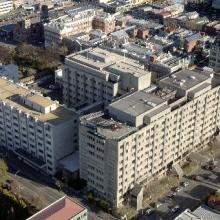 Harvey  Cushing, the neurosurgery pioneer, wrote to a friend: ``Nothing could be more ideal than a small, well conducted medical school in a college town.''

Dunedin is a university city with a medical school of national and international significance. While the modest population of southern New Zealand restricts some clinical activities, that limitation can be counterbalanced by the close integration of Dunedin Hospital with medical science departments and with the rest of the University of Otago.

The relationship with the medical school has enabled Dunedin Hospital, over more than a century, to attract clinical specialists who would not normally be found in a provincial centre. That has benefited patients across the whole southern region.

When the new ward block was opened in 1980, there was a spirit of euphoria. A brochure noted that the inclusion of an academic and clinical teaching wing (with funding from Vote Education) was achieving ``ideal integration for the first time in Australasia''. The new complex was celebrated as portraying ``the close working relationship between the Hospital Board and the Otago Medical School''.

How things have changed! The envy from colleagues in northern centres has turned into pity. Shamefully deferred maintenance has left Dunedin Hospital with facilities described in a recent report as ``not just in poor shape but in some instances ... crumbling''. Patients are put at risk, and staff morale is compromised.

Short-term decision-making has hamstrung the delivery of services. During the 1990s, HealthCare Otago (as it was then called) adopted a slogan, ``One City, One Site'', and tried to move almost everything from Wakari to Dunedin Hospital. Yet, despite this policy, they proceeded to sell off property all around Dunedin Hospital.

One such area, between Cumberland and Castle Sts, has been the subject of repeated speculation about a potential ``land swap'' with the University of Otago. This land is occupied by Cumberland and Hayward Colleges (housing nearly 500 students), not to mention the School of Surveying and the marine science department. Replacing such facilities could cost up to $100million. I cannot believe the Ministry of Health would countenance such an investment before starting to build any new health facilities.

Such unrealistic speculation makes me wonder if the University of Otago is meaningfully involved in the planning of new hospital facilities for our city and region. In contrast to the 1970s and 1980s, it has no representation whatsoever on the decision-making bodies.

Rumours about another notion, that the whole hospital might be moved to a different site (such as the land at Wakari Hospital), are deeply troubling. Not only would this disrupt the vital relationship between the hospital and medical school, but it would also mean abandoning a major facility (the ward block) which is clearly capable of being remodelled and refurbished.

Unlike the clinical services building (facing Cumberland St), where deferred maintenance led to a terminal diagnosis, the ward block is of high quality and structurally sound. It requires ``systematic re-lifing'' (the ghastly term used by the consultants who assessed it), but there should be no doubt this can be achieved with adequate project management.

What led to the lamentable situation that now exists? Was it poor governance and management? That must be part of the explanation, but we need to acknowledge that successive boards have been under severe funding pressure. Presumably that helps to explain their short-term decision-making, as well as their acquiescence in crazy schemes such as having hospital meals trucked from Auckland.

The Southern District Health Board (DHB) covers the biggest region in New Zealand. It is responsible for an area far larger than Switzerland, but with under 4% of the population of that nation. The distances between centres make it necessary to maintain two base hospitals (in Dunedin and Invercargill), as well as many rural facilities.

While the population-based funding model used by the Ministry of Health is shrouded in secrecy, there are grounds for believing it disadvantages the Southern DHB. It fails to provide enough compensation for the exceptional costs of providing care to such a dispersed population, or for the additional costs of our tertiary services (such as cardiac surgery, neurosurgery, and oncology).

But this is only part of the story. A report prepared for the ``Southern Partnership Group'' (which is overseeing redevelopment of our hospital services) contains a chilling statement: ``As the Southern DHB's population is not projected to grow as much as other DHBs, the share of funding under the Population Based Funding Formula is likely to reduce.''

Why is this significant? We all know the population of Auckland, in particular, is growing quickly - mainly through immigration. Of course rapidly growing regions need more health funding, but that should not be at the expense of the existing population. The statement quoted would be irrelevant unless the overall funding per capita, adjusted for inflation of costs, will actually be declining.

Those of us in the South should be advocating for adequate health funding for all New Zealanders. We should also insist that the cosily named ``Southern Partnership Group'', which consists almost entirely of outsiders, should start developing some real partnerships - with our university, polytechnic, city council and community. There is an urgent need for more openness, because the future of Dunedin Hospital concerns us all.

Sir David Skegg is an epidemiologist and public health physician. Although he is a former vice-chancellor of the University of Otago, the views expressed are his own and not those of the university. 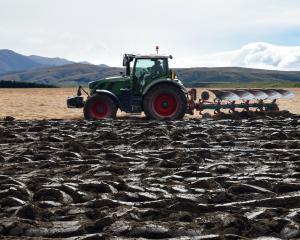 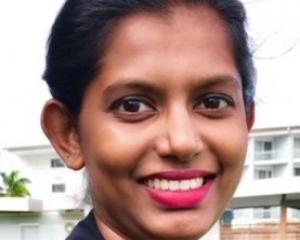