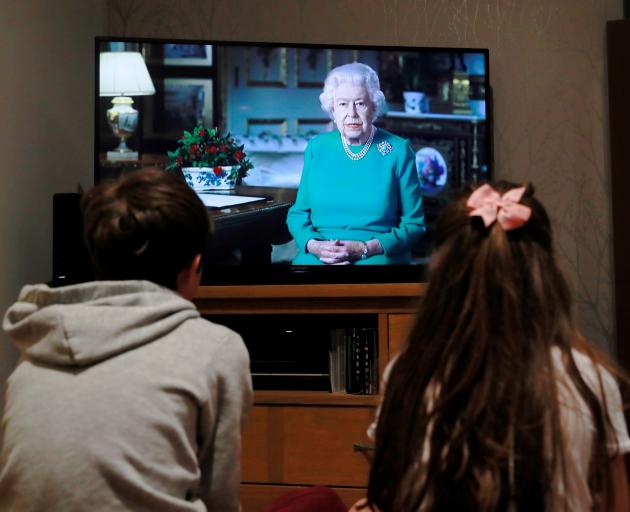 Queen Elizabeth on Sunday joined the chorus of world figures weighing in on the Covid-19 pandemic.

In a rare televised speech, she offered no bluster, no drama, no scolding reminder that six feet of distance stand between you and possible death. Nor were there any of the claims of accomplishment and ascriptions of blame that have become a staple on these shores.

Instead, she offered comfort, gratitude to her nation’s health workers, a belief that life will go back to normal, and this simple poetic coda:

"We will meet again."

It was only the fourth time in her 93 years that she’s made a special broadcast related to current events, and she nailed it.

I was in a village about 130km north of London, reporting on the aftermath of the death of Diana, Princess of Wales, when the Queen gave one of those speeches — a special address from Buckingham Palace that helped recast her image among the British people (and the British press) from unfeeling monarch to caring former mother-in-law grieving Diana’s death with everyone else. (Allowing a royal ceremonial funeral helped a lot, too.)

But this speech on Sunday wasn’t about a tribute to one individual who had died tragically. This was a check-in during a crisis in a nation with thousands of people, tragically, dying. At last count, in Great Britain, there were 48,000 confirmed cases of Covid-19 and more than 4000 deaths. The Queen never mentioned her eldest son, Prince Charles (71), who appears to be recovering from the virus, or British Prime Minister Boris Johnson, who’s been admitted to hospital then put in an ICU. She kept her focus on the British public.

Queen Elizabeth, of course, is not an elected official. She’s a member of a royal family that has seemingly been reduced to a public relations commodity over the past decades.

But if that’s so, then certainly the Queen fulfilled that public relations duty on Sunday with her speech from Windsor Castle. She’s no orator. She was stoic. She didn’t try to pretend she isn’t well-cared for and wealthy. (She sat before the camera wearing pearls and a giant diamond brooch.)

But she is a bit of a historian or, at least, a living history lesson — being 93, living through World War 2 and the subsequent conflicts that Britain has played a part in, not to mention the turmoil in her own family, most recently the exit of her grandson Prince Harry and his wife from England and royal life.

She hit all the appropriate notes, expressing her appreciation for healthcare workers and for people obeying orders to stay home, and acknowledging the financial difficulties that have disrupted so many lives.

But what she brought to this crisis was the perspective informed by time, predicting that the self-discipline and "good-humoured resolve" that the British are showing today will be honoured tomorrow.

"The pride in who we are is not a part of our past," she told listeners. "It defines our present and our future."

She also pointed out that this is, of course, a global fight.

"We will succeed," she noted, "and that success will belong to every one of us."

- Carla Hall is a Los Angeles Times editorial board member.