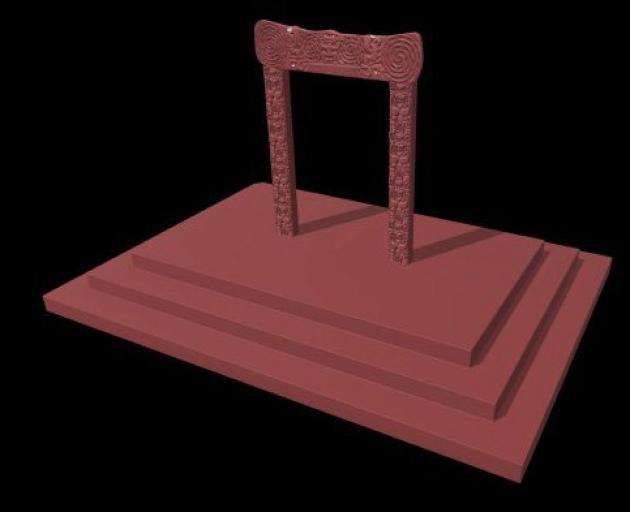 Ayesha Green’s Ko te Tu-hono has been selected as Dunedin’s new public artwork for the Octagon. IMAGE: SUPPLIED
Removing statues to agents of empire will signal an important shift in New Zealand’s values, but we must recognise that we cannot undo the past, writes Tony Ballantyne. 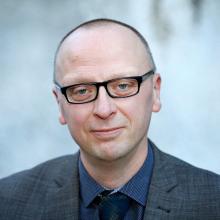 Tony Ballantyne
The spectacular toppling of the statue of Edward Colston, a Bristol merchant and politician who built his wealth through the Atlantic slave trade, has spurred a number of protests focused on memorials to explorers, imperial rulers, colonial officials and slave-owners across the globe.

Monuments in stone, marble, and metal have been tipped over, decapitated, and defaced.

In some cases they have been swiftly taken down, removed to museums, or sealed in protective coverings as protesters draw on both the energy of the Black Lives Matter movement and long-standing local frustrations at these memorials to slavery and empire.

Here in New Zealand, the statue of the British naval officer John Fane Charles Hamilton was swiftly taken down by the Hamilton City Council in response to calls from Waikato-Tainui leaders.

There have been calls to remove a number of statues or memorials across the country and criticisms of the Robbie Burns and Queen Victoria statues here in Otepoti/Dunedin.

The intersections between global protests and local histories was made clear with the graffiti inscribed on the James Cook statue on the Waikanae beachfront in Turanganui/Gisborne: "Black Lives Matter and so do Maori" and "Take this racist headstone of my people down before I do". This is the latest in a long series of graffiti and paint attacks, actions that underline the ongoing pain felt as a result of the use of violence and kidnapping by Cook and his men when the Endeavour arrived at Turanganui in 1769.

Morgan Godfery has suggested that similar statues should all be torn down, while Joel Maxwell has argued that they should be melted down to "make better door knobs".

As a professional historian, I am more cautious about the urge to totally strip away these aspects of our built environments. I have a duty to both the people of the past who I study as well as the contemporary audiences I write for. In balancing those responsibilities, I support the removing of statues of figures who propelled colonialism and whose values and actions are now fundamentally at odds with those of our contemporary communities.

Places and cultures are dynamic, they are constantly made and remade: statues needn’t be forever. And where local authorities and governments move too slowly or fail to recognise continuing reminders of hurt, it is likely that statues and memorials will be the focus of graffiti, protests, and crowbars.

But what comes after the removal of statues is important too. Godfery is not a supporter of removing these statues to museums. He rejects the idea that statues can be recontextualised in such institutions, making the important observation that colonised communities do not need to be introduced to the context of oppression as they experience it routinely.

Tame Iti has offered another way forward, arguing that statues shouldn’t be destroyed. Rather Iti suggests that they should preserved so that the implication of these figures in racism and colonialism can be remembered through the creation of "a racist museum".

Another way forward is to radically recontextualise monuments. We have excellent examples of this with the redevelopment of Meretoto/Ship Cove in 2006 and the more recent renovation of Puhi Kai Iti/Cook Landing National Historic Reserve in Turanganui, projects that have foregrounding iwi narratives and Pacific connections. The addition of Ayesha Green’s proposed artwork Ko te Tuhono to the Octagon will be an important reframing of the heart of our city that offers explicit acknowledgment of mana whenua.

Maori Party co-leader Debbie Ngarewa-Packer has called for an inquiry into statues, monuments and place names. Such an inquiry would help extend critical reassessments of our colonial past and its legacies, but it will need to be mobile, deeply engaging with a range of perspectives in locations across these islands. The voices of mana whenua will need to be prominent in any potential inquiry, but in any case those perspectives should be foundational in our thinking here in Otepoti/Dunedin. It is pleasing to see the Mayor Aaron Hawkins stressing that such reflections in our city should be iwi-led.

But people can take some crucial first steps themselves. A really constructive starting point for Otago people to learn more about the deep history of our region would be to read Atholl Anderson’s Welcome of Strangers or to explore Ka Huru Manu: the Ngai Tahu Atlas (http://www.kahurumanu.co.nz/)

Empire-building and colonialism produce stark inequalities and deeply felt pain. Those are the central facts of New Zealand history and they are deeply troubling. Removing statues to agents of empire will signal an important shift in our values, but we must recognise that we can’t undo the past.

There is no easy way of settling our history or coming to terms with it; each new generation discovers it anew and grapples with its very real consequences, developing new arguments and insights.

And, of course, we must be prepared for those future generations to criticise our initiatives, and even tear down any monuments we might construct in light of their own priorities and aspirations. Our understanding of the past, like that of those who proceeded us, and those who will follow, is itself a product of historical change.

- Tony Ballantyne is professor of history, pro-vice-chancellor, humanities and co-director of the Centre for Research on Colonial Culture at the University of Otago. He is completing a book on James Cook in New Zealand history and memory.

One of the sad things about all this (I can't call it a debate, more a lot of shouting) is the general level of ignorance displayed regarding history. How many societies in the past regarded slavery as normal? Most I suspect. Who rounded up the slaves for the Europeans to ship them to America? Other tribes. How many Europeans were themselves used as slaves, particularly as galley slaves even as late as the early 19th century? Certainly hundreds of thousands, possibly more.This doesn't make it right in our eyes but at least puts it in context.
Given the Pyramids and Colosseum were built using slave labour should they be destroyed?
Destroying statues, enforcing the change of names etc makes the actions of the mob the same as the Taliban. Ignorant and bad.

More of Prof Ballantyne.
He illustrates the vitality of History Today; consequences.

Statues are not History. They are monuments to the so called Victors of Conquest.