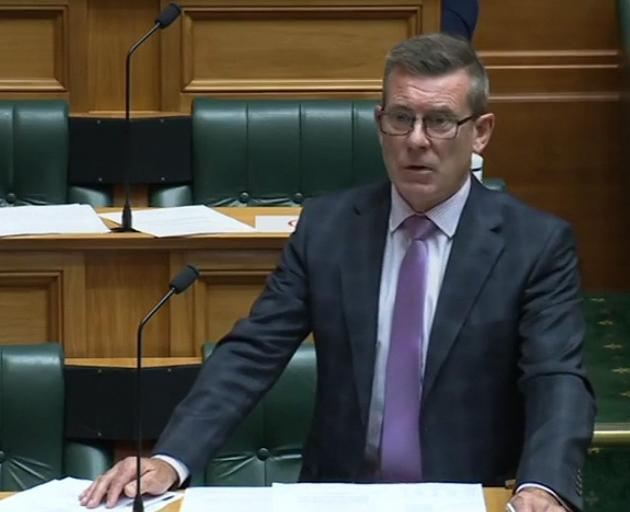 This week the House went through the committee stages of the Conversion Practices Prohibition Legislation Bill, a law change which it will almost certainly pass next week.

For those who do not know, "conversion practices" is a catchall phrase which covers a range of workshops, counselling programmes and other therapies which are intended to convince a person who identifies as gay, or of a different gender than the one they were assigned at birth, to change or suppress their self-identity.

It is not just hotly debated whether any of these practices actually work, but the fact that anyone feels the need to try to convert anyone from who they are at all outrages the rainbow community specifically and a wide spectrum of society generally, hence the attempt to end the conversion business.

Although New Zealand is a far more tolerant society than it was in 1986 when the Homosexual Law Reform Act was passed, there are still pockets of people who would frown upon a gay teenager or actively discriminate against a transgender person.

At the extreme end of such prejudice sits conversion, where the allegedly "abnormal" person can, allegedly, be made "normal" — whatsoever that might be.

Many of its practitioners are firmly devout and some conversion practices involve a religious element, a factor which has made some manifestations of the debate over the current Bill seem almost like a re-run of 1986.

Social media has been running hot this week as the seven MPs who voted against the Bill were named, presumably in the attempt to shame them.

One of those seven was Mr Woodhouse who has been called a wide range of things for his stance, most of which cannot be published in a newspaper.

So, disappointingly, have some of his family, who have had nothing to do with his vote and do not deserve to be targeted by anonymous keyboard warriors.

"I do feel sorry for the colleague, whose loved one has been harassed and bullied and contacted her in tears, fearful of going out because of that associate’s vote last night," he said.

"None of us that I know of deviate from this very strong point, and that is: we all condemn conversion practices, unequivocally. The end."

So, if Mr Woodhouse is so adamantly opposed to conversion practices, why vote against a Bill which would effectively ban them?

His explanation was his ardent love of free speech, a right he believes will be curtailed by the Bill in its current form.

"Any legislative change that undermined Kiwis’ freedom of speech, freedom of expression, and freedom to worship whatever deity they deem, is a line that I wouldn’t cross," he said.

To Mr Woodhouse’s mind, although not to that of sponsoring minister Kris Faafoi, the use of the word "prayer" in the Bill as one of the methods of conversion practices was a step too far and unnecessary state interference in the freedom to worship.

"Prayer is a channel between an individual and their deity, however loudly or however individually or collectively it is done," Mr Woodhouse said.

"I simply can’t support a piece of legislation that cuts across an individual’s right to pray for whatever.

"What worries me about that is that for 99.9% of the rest of the bill I’m supportive of, but that is a bottom line for me."

Now whether you think Mr Woodhouse’s free speech stance is justifiable or not, accusing him of bigotry on the issue, as many online have, is simply untrue.

Those abusing his name are most likely doing so under a false assumption of his views on conversion practices, and those who feel supported by his vote might well feel surprised at the heat of Mr Woodhouse’s condemnation of them.

This is something which will come back to haunt Mr Woodhouse again later this year, assuming the Government presses ahead with its plans to pass hate speech law.

He will likely oppose that Bill too, for the same reason: freedom of expression, a concept which had a hearty workout nearby but in a very different context this week.

When Invercargill man Derek Broomhall decided to round a few mates up and go for a roadie to Wellington, he might not have imagined what might happen.

The Freedom Convoy, co-organised by Mr Broomhall, has evolved from a mobile protest against vaccine mandates on Tuesday to an attempted permanent occupation of the lawn outside Parliament by Thursday, in protest against all manner of things going by the array of flags and placards being waved around.

For example, can anyone possibly explain the "Make Influenza Great Again" sign?

One of the neat ironies about protests at Parliament is that those outside decrying the actions of the government are allowed access to the precinct’s electrical supply to power their PA systems to get their message across.

Mr Broomhall and his pals will no doubt disagree, but in the interest of their right to freedom of expression they were given considerable latitude and then some by the Speaker, given that they were essentially hosting an illegal mass gathering and likely Covid super-spreader event in his front yard.

Police only moved in when the ongoing disruption to the lives of 212,000 Wellingtonians became indefensible, and anyone watching footage of the mass arrests which followed could only admire the professionalism and restraint of officers as they handled a potential powder keg.

In the meantime, Prime Minister Jacinda Ardern neatly summed up the situation earlier in the week, by noting that the number of New Zealanders vaccinated in a single day far outnumbers the noisy neighbours who moved in, hopefully briefly, this week.