Speaking to the people 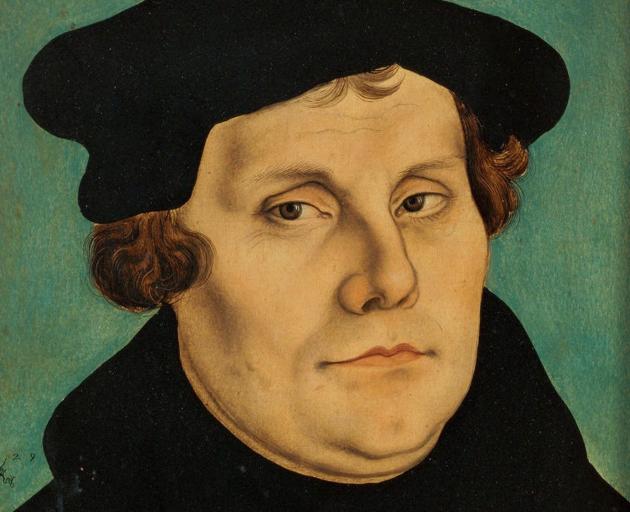 Martin Luther IMAGE: WIKIPEDIA
Whatever else we may say about him, President Donald Trump is a significant disrupter. He has tapped into nationalist sentiment to build a populist political movement that has taken over the Republican Party, overturning what was until recently Republican orthodoxy on issues such as free trade and budget deficits.

He has done this by relentlessly exploiting new technology, bypassing the establishment to speak directly to his followers via Twitter.

He brings to mind another disrupter from the past, Martin Luther, who spearheaded the 16th-century Protestant Reformation. He also exploited new technology, in this case the recent invention of print. Luther utterly transformed the fledgling publishing industry.

As Andrew Pettegree makes clear in his excellent book, Brand Luther, until then printed books were long tomes written mostly in Latin by authors who had long since died. Unsurprisingly, they did not sell. That changed with Luther.

It was his genius to see that books could be short and punchy and, above all, written in vernacular German. Such books could be printed relatively quickly and in very large numbers so that within a few years millions of copies of Luther's works circulated through the towns and cities of various German territories and beyond.

In his early public debates, Luther insisted the discussion be held in German, not in Latin, the usual language of scholarship. That took the debates out of the hands of the elites; the German populace were brought in behind Luther in a way that made his reform movement in certain territories virtually unstoppable. The implications remain with us today.

I would not want to push the comparison with Luther too far. In so many other ways the two men are utterly unalike. Not least, Luther was a man of abiding conviction. I'm not sure President Trump has any fixed convictions beyond his own self-interest and I doubt this Trumpian moment will endure in the way that Luther's did.

What the comparison does, though, is help us to understand how the Catholic Church in Luther's day felt about the man. Here was an unlikely outsider whose heretical message pointed to another way, formed along quite different lines from established orthodoxy.

Luther's new message of salvation "by faith alone" continued to reverberate and grow despite all attempts to stop him in his tracks. Much more was at stake than mere economics or foreign relations: the eternal destiny of souls hung in the balance.

Worried and deeply unsettled, these establishment figures struggled to find ways to counter Luther's message. In most places in Germany that was a lost cause. Luther so dominated the publishing industry that books by his opponents couldn't even be given away.

It is far too early to speculate about the long-term significance of the Trump presidency but there is another worrying dimension to all this if we focus not on the man himself but on the technology of social media that has made him possible.

Back in Luther's day, print opened up the possibility of a national conversation carried out on the printed page. The result was polarisation between Protestants and Catholics and among Protestant groups themselves. Those tribal identities were a factor in what followed: more than a century of near-constant warfare in which a new Europe built on the basis of the modern nation state took form.

In his recent book, The Square and the Tower, Niall Ferguson makes the connection between this post-Reformation polarisation and the social media of our own day that has, similarly, opened up new ways of speaking to one another and past one another.

Once again, the result is increased polarisation. It points to what may be (but I hope is not) a depressing anthropological reality: give humans the chance to speak to each other and they will end up further alienated than they were before.

Perhaps the critical factor is that when we speak to each other via the printed page or via Twitter we do not have to see each other face to face. We say things that we would never say if we had to look our opponent in the eye. There is no opportunity to register the effect our words might be having on a real person. Something of our humanity is taken away when we lose a physical presence.

So if there is any response to the current cultural moment it is a local one: real people, not digitally enhanced images on Facebook; physically present, not mediated by technology; speaking words that bring greater understanding and concord, not further-entrenched tribal hostilities. But if history is any guide, that is not what we're in for, not for a long time yet.

Tim Cooper is associate professor of church history in the department of theology and religion at the University of Otago.

President Trump will be like Luther only if he has opponents burnt.

Martin Luther was right on time in historical events. His drive for reformation brought about the removal of the Vatican's absolute power after 1260 years.

The Reformation had to happen, because the hegemonic church thought it could influence what happened to the deceased.

Protestantism (Protesting) became too schismatic, all over the place.