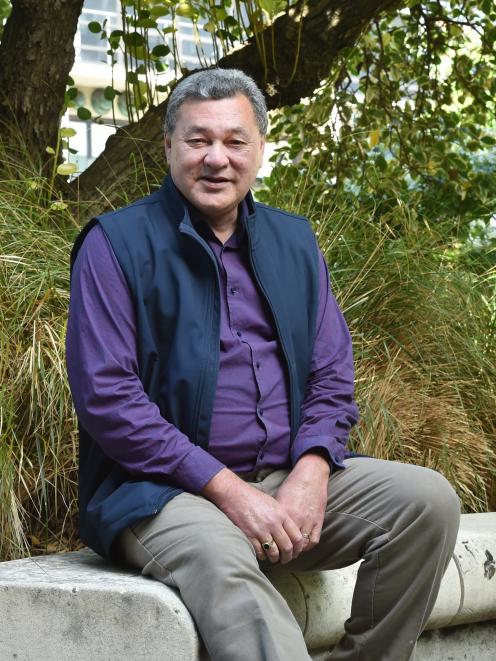 The Rev Dr Wayne Te Kaawa. PHOTO: ODT FILES
The Treaty of Waitangi and Christianity have a special relationship. It is time churches recognised it, writes  Wayne Te Kaawa.

Waitangi Day has been and gone for 2021. In previous years I would attend celebrations in Waitangi, taking part in the many activities.

This year I spent Waitangi Day with the Elim Church in Dunedin at an inspirational service as members of Elim courageously explored what it means to be a faithful Church in the context of Gospel and Treaty. There was plenty of singing by the awesome music team, prayers were said, a message was shared, the Treaty was read in English and Maori, a hongi was shared and the national anthem was sung in both languages.

Elim, a Church not known for engaging with the Treaty, was possibly the only Church in Dunedin, if not the whole country, to hold a worship service on Waitangi Day honouring both Treaty and the Gospel.

Christianity arrived in Aotearoa New Zealand in 1814, at a place called Oihi, in the Bay of Islands. Ruatara, a Rangatira of Nga Puhi, spent time with Samuel Marsden in Sydney and invited Marsden to bring Christianity to his people in Oihi, as he believed that it would be beneficial for his people.

Marsden arrived and conducted what is believed to be the first Christian worship service in the country on Christmas Day 1814. Twenty-six years were to pass between that occasion and the signing of the Treaty, also in the Bay of Islands. Marsden is rightly acknowledged as the first missionary in the country, while Ruatara is rightly acknowledged as the gateway for Christianity into this country.

In those intervening years, Christianity had been spread slowly throughout the North Island by 12 European missionaries who established mission stations in strategic areas that maximised their influence. With mission stations often came schools and teachers. The missionary or their wife filled other important roles as the village doctor, nurse, dentist, lawyer, negotiator, political and trade adviser. The kaiwhakaako (native pastors and teachers) was a ministry that was quickly developing and by 1844 there were 295 native evangelists taking Christianity to their own people.

Yet none of those benefits of Christianity had made their way to Te Waipounamu (South Island), let alone to the Otago region. Te Waipounamu did not exist on missionary maps before 1843.

The first missionary in Te Waipounamu arrived in Canterbury in 1839, a kaiwhakaako, named Taawao from Taranaki. Taawao was taught the Christian faith by a Nga Puhi Wesleyan kaiwhakaako. At his baptism Taawao took the name Rawiri Kingi (King David). At Koukourarata (Port Levy) and in the Waimakariri district, Taawao is acknowledged as the person who brought Christianity to the area where he held regular church services and taught people to read and write.

In Otago, Taiaroa and Karetai had seen the benefits that Christianity had brought communities in the North Island. Both men travelled from Otakou to Sydney in 1839 with Johnny Jones to present their case to the Methodist Mission Board for a missionary to be stationed in Otago.

"Give us Missionaries and we will welcome them to our Kaika ... we desire our children to learn the Truths of Christianity," Taiaroa requested to the board.

The board agreed to their request and the Rev James Watkin was appointed to Otago. Watkin arrived in Waikouaiti on May 16, 1840.

As Watkin was arriving the Treaty was making its way around Te Waipounamu to collect signatures. One month after Watkin arrived, the Treaty of Waitangi was signed at Otakou on June 13.

Watkin is recorded as having baptised 200 Kai Tahu people. Many of those baptised took missionary names like "Wesley’,’ after John Wesley the founder of Methodism.

- The Rev Dr Wayne Te Kaawa is a lecturer in Maori Theology, the Theology Programme, at the University of Otago.

The treaty is a disaster.

It's about time we threw it in the rubbish bin, and started just treating everyone fairly, without treating Maori as our "special needs minority".

As long as we continue to insist on division and separateness, based on race and racist laws ("one rule for thee, another for me"), New Zealand will continue to fall in every metric that compares us to other countries, be it in education, wealth or happiness.

Elim would do better to remember that Jesus taught that ALL people should be treated fairly. He did not judge people based on race or ethnicity.

No. People did. That's why there are laws.