Time to listen to the Spirit as old order fades 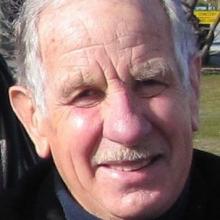 No more shuffling of the deck chairs. The church must now confront the reality of what clearly lies ahead — something in the nature of a sea change AS an Anglican of many years, it is saddening to me that our church now finds itself in such seemingly dire straits.

The "solution" at present  proposed — to refashion the Bishop’s role so as to enable endowment funds to be plundered to cover a budget shortfall — is at best a Band-Aid. And ethically dubious at that.

It smacks of robbing Peter to pay Paul. More of the same old, same old, tweaking.

We have come to the point where we simply have no more soft options. No more shuffling of the deck chairs. The church must now confront the reality of what clearly lies ahead — something in the nature of a sea change. Until that reality is faced, no meaningful adaptation will even start to happen.

And that adaptation, in itself, will take a huge grass-roots surge. There has to be a fundamental change in the mindset of the whole church. For as long as I can remember, our church has been in maintenance mode. All efforts to shrug that off have proved fruitless. Maybe the time wasn’t right. Maybe now is the time. Time for the church to change its fundamental settings — move into a brave new mode. Let’s say a "Rebirth" or, dare I say, a "Resurrection" mode.

But first we must accept that nothing stays the same for ever. The cycle of life is inexorable. Birth, to life, to decay, death, and then back to birth. Change, as they say, is the only constant. And that’s the very reality the church must now  confront.

The old order is passing away.

There is much disquiet about what is  being proposed. Disquiet which, judging by his comments in a recent interview (ODT, 11.2.17), and to his credit, the vicar general to the Dunedin Diocese, the Rev Canon Alec Clark, seems to share. Real challenges lie ahead. There will be upheaval. There will be turbulence. The big question is, how do we move on from here? The immediate reality is that we are broke. In our present state we can’t afford to replace our current bishop, Dr Kelvin Wright, when he soon retires.

What I suggest now needs to happen is for the church to declare an episcopal interregnum until such time as it can afford to appoint a new bishop without recourse to outside funding. And, right away, the church leadership should proclaim something like a diocese-wide season of prayerful, contemplative, retreat —  the creation of an environment in which the prophetic and visionary voices in the church might find the space to express their views, and have those views evaluated and discerned by the wider body of the church’s membership.

It’s said that it’s always darkest before the dawn. It’s also a fact that, as gloom gathers, light shines brighter. The light of the gospel has never dimmed. And few would contest that our world seems to be growing gloomier by the day.

All the evidence suggests  personal anxiety levels are on the rise. We could be excused for thinking that, in such a setting, personal curiosity about what the church has to offer might have been on the rise as well. But the very opposite seems to have been the order of the day — up until now, growing indifference and apathy.

But there are some promising signs that all that might be about to change. The establishment at St Michael’s in Clyde of a contemplative retreat centre, for example. And right here in Wanaka, as part of  its outreach, our St Columba’s congregation have agreed to share their space with the town’s proposed new Community House.

So maybe, just maybe, the tide is about to turn. The  sceptical will doubtless see all that as mere wishful thinking. But as to the truth, only God knows. Watch this space!

At every Sunday service right across our diocese, after the Word is read, the reader invokes the congregation to hear what the Spirit is saying to the church. Never before in my 60 years of church membership have I felt such a need for each and every church member to sincerely and earnestly offer up that invocation. Then the question arises. Are we truly listening?

- Mike Horder, of Wanaka, is a licensed Anglican lay minister.