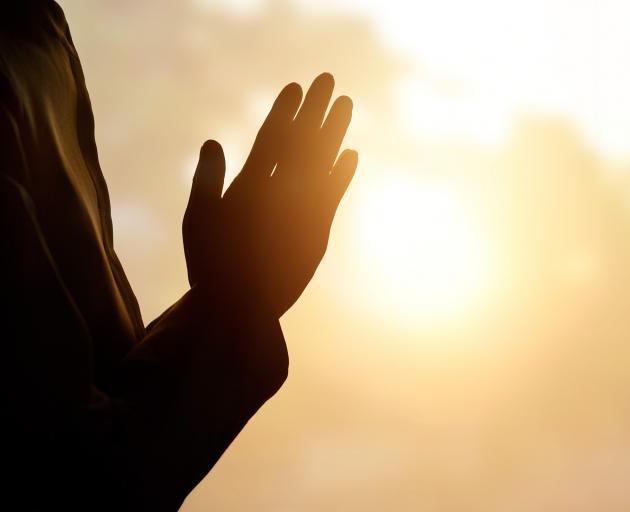 Photo: Getty Images
Maori and the church. How do we move forward,  Peter Sara asks.

For the past year the leadership of our church has been engaged in finding out what biculturalism means in the context of the Treaty of Waitangi and the Christian church.

We have been assisted in that process by the resources plentifully available from both secular and Christian sources. Heavyweight historians and theologians abound, each with a perspective on the relationship between the church and Maori. The role of Christian missionaries before, during and after the signing of the Treaty has been scrutinised. Depending on the lens of the commentator, missionaries emerge as true champions of the gospel of Jesus Christ or the handmaidens of colonial exploiters guilty of wholesale and egregious land theft, or both, or somewhere in between.

The process of working out what to do with historical grievances is a work in progress for us.

We decided that our particular focus should be on the response of our own local church: what can we do moving forward?

To that end, we sought the counsel of Dr Wayne Te Kaawa, a lecturer in Maori Theology at the University of Otago. He suggested that for a start, our church could recognise Waitangi Day by having a special church service, which took place. This occasion was reported by Dr Te Kaawa in his own contribution to this column very recently.

The service was very moving and Dr Te Kaawa’s message was graciously challenging and encouraging. The takeaway impression was one of hope and that important work needs to be done, including reflections on our nation’s past and responding appropriately to contemporary challenges.

A week later, the speaker at our church was Dr Alistair Reese, a public theologian whose research has been on the Treaty as a doorway to reconciliation in New Zealand.

His topic was about the relationship of the church and Maori, some of the important history around the bringing of the gospel to our country and the involvement of missionaries with the Treaty of Waitangi. He also explained that the siding of some missionaries with the British Crown and the silence of others in the midst of the land wars and Maori land loss led to a loss of confidence by Maori towards the church. As a consequence many Maori felt and expressed a sense of betrayal.

Fast forward to the present day, the challenge faced by the church in Aotearoa is how to respond to the Treaty and these historical events.

Dr Reese explained that at the time, Maori did not see the Treaty as a political arrangement, or not only just that, but rather in covenantal terms as exemplified in a variety of biblical usages. This view, he explained, was encouraged and nurtured by the missionaries who were influential mediators of the Treaty. When he got to the high point in his message, Dr Reese introduced a word which I had not heard before in any discourse about Maori/Pakeha relations, Treaty issues, or any of current issues of our day regarding Maori and non-Maori. That word was posture. The question is: what posture do we adopt in our engagement with these issues?

It seems that a very great deal turns on our choice of posture (or the posture we have adopted or assumed or inherited).

What is meant by posture? This is best explained by example. One posture we could adopt, is that the obligations under the Treaty are purely political in nature, expressed in terms of compensation and other arrangements for historical Treaty breaches — which is the business of the Crown to deal with.

Another is that Maori aspirations for equal partnership in the business of governance and stewardship of resources are not legitimate, or at least require to be moderated. Another is that historical grievances need to be forgotten in the interests of "moving on".

Another is defensive. Or offensive. Or militant. Or conciliatory. Or one derived from guilt, or privilege, or victimhood and so on.

Instead of any of those, Dr Reese proposed a posture altogether different in kind and result.

He proposed that the Treaty relationship could be reimagined (another new term) in terms of a marriage covenant. Maori and Pakeha are married! And not just married but a marriage undergirded by the self-sacrificial example of Jesus. Those terms are expressed in the very highest terms of relational commitment, similar to the commitment of Jesus laying down his life for the sake of others. Under that motif, the partners seek the very highest good for each other by laying down their own lives for the sake and good of the other.

That, he suggests, should be our sacrificial posture.

His perspective as a Pakeha Treaty partner is to see Maori prosper, in all spheres: physically, emotionally, and spiritually. That is the legacy bequeathed to us by Jesus and the outworking of the command that we should love one another just as He loved us.

Amen. And this whole new way of looking at things is where we start.

- Peter Sara is an elder of the Elim Church in Dunedin.

Given the history between Maori and the church, and I have to complement Mr Sara on his summary of this, I don't know if re-imagining the relationship as a marriage is the best option. It has clearly been an abusive relationship and if I were the Maori I think I'd be filing for divorce.

Te Tiriti O Waitangi is not a partnership. It was not established as one in 1840. No kingship, no sovereign power on earth ever agrees to a partnership with their subjects and neither did Queen Victoria. The Queen, Elizabeth II, rules and the people live under that rule with an understanding that they would be protected from external foreign attack and by the establishment of just laws based on good moral values. The church has no agreement with government to agree to the standards of the state at any time, and in fact used to have influence up until fairly recently with the rulers in the state government. Now as to whether Dr Reece's proposal "that the Treaty relationship could be reimagined (another new term) in terms of a marriage covenant." No Maori would be happy if they knew that an agreement limiting their sovereignty was 'te kawanatanga katoa'. Why? Because the English version of "Te Tiriti" is considered false or a misreading of the ten situation. What Maori are arguing for is "tino rangitiratanga" or sovereignty over their own land. This does not look like and will never be a practical basis for any union, let alone any sort of faithful, sharing, loving marriage.