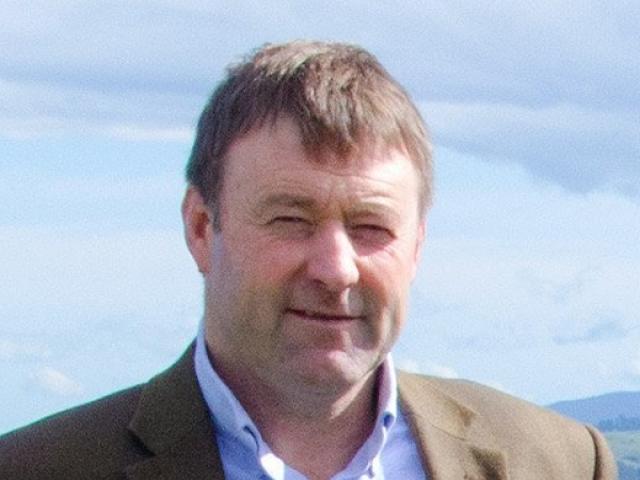 Mark Patterson.
A new dam at the head the Manuherikia Valley is an elegant solution to water flow and supply issues in Central Otago, NZ First MP Mark Patterson writes.

On January 8 there were reports in the ODT about the Otago Regional Council hearings over the status of the deemed permits’ water rights. This portrayed divided perspectives along the now all too familiar economic benefits versus environmental outcomes.

On one hand, we had the irrigators pleading for some long-term security of supply off the back of a temporary rolling over of their existing permits. Their ability to plan and attract capital for the future of their farming businesses is reliant on the security and reliability of their long term water allocation. Any restrictions will have significant economic consequences in the arid Maniototo climate.

On the other hand, we have the environmental lobby concerned about the inadequacy of the low flows and the effect on the ecosystems in the Manuherikia River and preserving the public’s right to fish and swim in this special part of the country.

Both perspectives are valid but I agree with Dugald MacTavish from the Wise Response Society when he says responsibility continues to be “kicked down the road”.

In my view there is an obvious solution to this dilemma which is not being pursued as strongly as it should: the raising of the Falls Dam at the head the Manuherikia Valley has the potential to provide the best of both worlds. The current ageing 27-metre dam provides enough water to supply 7500ha worth of irrigation water and generally maintain the targeted low flow of the Manuherikia at 900 litres/second.

A replacement of the dam with one just 6 metres higher would result in an increase in storage capacity from 10 to 20 cumecs, allowing not only the security of supply for the 7500ha of existing irrigation, but an additional 5000ha to be brought into the various irrigation schemes — some of this land is already irrigated but directly out of tributaries.

Additionally, the low flow could be raised and the health of the river enhanced. Potentially more electricity could be generated and long-term future proofing of Alexandra’s town water supply could be secured.

The environmental issues sometimes attributed to the mega irrigation schemes are not in play here. The water quality of the Manuherikia is generally excellent, the irrigators are, with very few exceptions, low intensity sheep and beef farms with small areas of irrigation for finishing livestock. In any regard the tightening of environmental standards signalled in the Essential Freshwater proposals will ensure that large scale dairy conversions are at the very least extremely unlikely.

The more likely scenario is a diversification into horticulture and viticulture, particularly at the bottom end of the valley. The flow-on economic benefit for the wider community from this would be significant.

As a country we need to have much more mature discussions about water storage and irrigation which often gets unfairly vilified. As we adapt to a changing climate our ability to store and use water for when it is needed is going to be increasingly important. Indeed, water availability is one of New Zealand’s great advantages — we just need to be smart about utilising it.

Farmers are now much more enlightened and skilled with technology to comply with nutrient limits under irrigation so any potential adverse environmental impacts can be mitigated.

With a price tag of about $60million, the Falls Dam is not a small investment. Given the widespread economic and environmental benefits, I am an advocate for the Provincial Growth Fund (PGF) being an enabler for the dam.

Recently announced similar water storage funding has been announced for Wairarapa, Bay of Plenty and Northland — there is no reason why Central Otago shouldn’t qualify.

Over the last two years I’ve liaised regularly with local farmers and politicians in the hope of building some momentum. Encouragingly at the end of last year meetings were held with high ranking PGF officials but there needs to be a genuine sense of progress from all concerned stakeholders: farmers, the CODC, the ORC, environmental groups and central Government.

We have an elegant solution staring us in the face, and the habit of kicking the can down the road needs to stop.

■Mark Patterson is a New Zealand First List MP based in Clutha-Southland. He is the party’s spokesman for Agriculture and Primary Industries.