We need to rock the boat and remember Paul's convictions 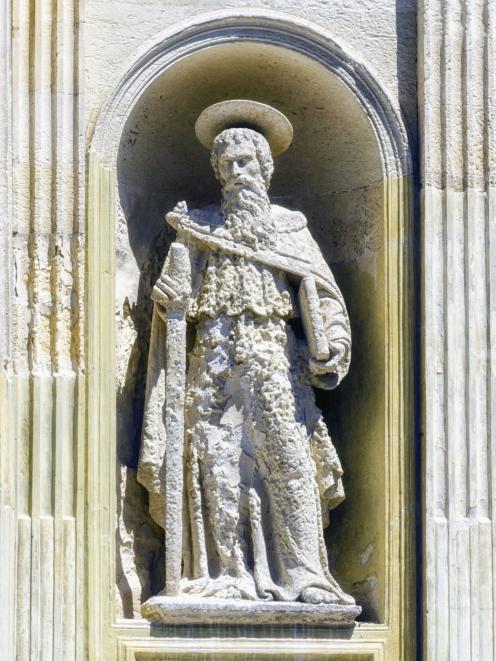 Photo: Getty Images
New Zealanders have this week been celebrating the fact that on September 19, 1893, New Zealand became the first country in the world to recognise and enshrine in law the prerogative of women to vote and thus to participate equally with men in determining the form of our life together.

From 1853, when participation in New Zealand's first election was restricted to males over 21 who were British subjects and who held interests in property, New Zealand's electoral laws advanced rapidly.

In 1860, miners, who typically owned no property, were granted the right to vote. Maori men, who were deemed to hold a collective interest in property, first voted in 1867. That right was extended to all adult men in 1879, and to women in 1893. Although there are plenty of barriers still that prevent the full participation and the flourishing of all in a fair and just society, our forebears repented relatively quickly, it seems, of the early restrictions that had excluded many from voting in elections.

The successive inclusion of miners, Maori and women, strikes an interesting parallel with the conviction articulated almost 2000 years ago by the apostle Paul who insisted in his letter to the church in Galatia that among the community of Christians there should be no prejudicial distinctions between slave and free, Jew and Greek, male and female.

Paul thought it obvious that faithfulness to the way of Christ entails that there can be no exclusion from full participation in the community based on economic status, ethnicity or gender. We have no reason to suppose that Paul's three examples of exclusion constituted an exhaustive list. More likely, he simply chose three that were prominent in his own day, and trusted that the Christians in Galatia would get the point that all forms of prejudice and social exclusion ought to be done away with.

The radical nature of the Christian gospel represented in Paul's social and theological convictions begs the question of why in Western culture, so powerfully influenced as it has been by Christianity, the radical nature of the gospel has so often been blunted, or obscured altogether. Why did we ever suppose that those who did not own land, or Maori, or women, should not be entitled to full participation in society alongside white, male property holders?

The reasons for this are complex and varied. While there is evidence that the community of Christians in Paul's own day did begin to reshape their lives in accordance with the radical demands of the gospel, the community itself was far too small and lacking in influence to bring about the wider social change that the gospel commends. Insofar as the early Christians did establish themselves as a countercultural community, they were commonly subjected to scapegoating and persecution. Their challenge to the status quo was fiercely resisted.

As time went on, however, Christians became complicit in unjust social structures and Christian leaders became apologists for the status quo. How did things go so wrong? A major impetus towards a more conservative social ethic came with the conversion of the emperor Constantine in AD312 and the subsequent adoption of Christianity as the official religion of the empire in AD380. Christianity thereafter was increasingly allied with political power and so with the forces of conservatism. Although there were genuine advances in social policy and practice afforded by the growing social and political influence of the Church, the radical edge of Christianity was blunted. Christian leaders, now enjoying the privileges of political power, became much less inclined to rock the boat.

That highlights another of the reasons why the radical Christian vision articulated in the New Testament has so often been resisted. Human beings act frequently out of self-interest. Unjust and oppressive social arrangements are commonly defended by those who benefit most from them. Theologically understood, this is one of the symptoms of sin. A mistaken perception of our own interests engenders resistance to the gospel and to God's call to a radical reordering of our lives.

The reminder this week of the courageous and determined efforts of Christian women like Kate Sheppard, Gertrude Gates, Annie Schnackenberg and Margaret Sievwright, to name just a few who campaigned for the inclusion of women in our democratic processes, is a reminder, for Christians at least, of the imperative provided by the Christian gospel to strive for a form of life together in which gender, ethnicity and economic status, along with all other markers of human identity, are no longer a basis for exclusion and injustice. Christian discipleship, Paul argued, establishes a new identity ``in Christ'' that renders obsolete all traditional grounds for exclusion.

Paul also knew that a new ordering of our life together must begin with a conversion of hearts and minds. As should be obvious, there is plenty of work to be done yet.

Murray Rae is Professor of Theology at the University of Otago.