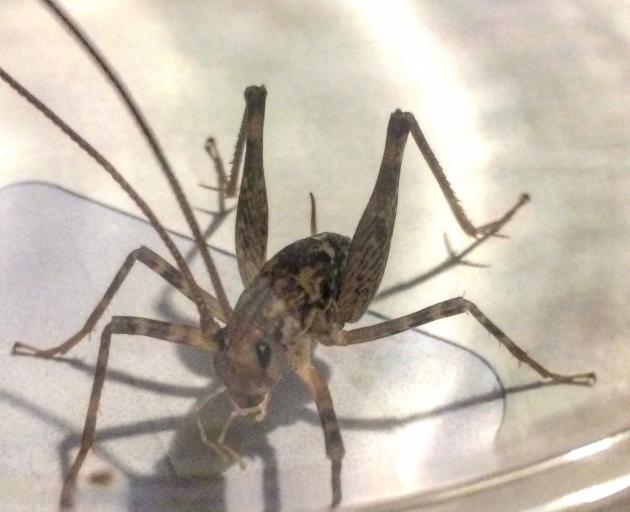 We have an answer to Jasmine Couch’s hairy insect query. Photo: Jasmine Couch
Welcome back. We’ve got some lovely photos today and some nice stories to go with them.

You’ll recall my ODT colleague Jasmine Couch found a large and handsome critter crawling across her lounge floor one evening last week. There was some doubt, though, as to what it actually was. 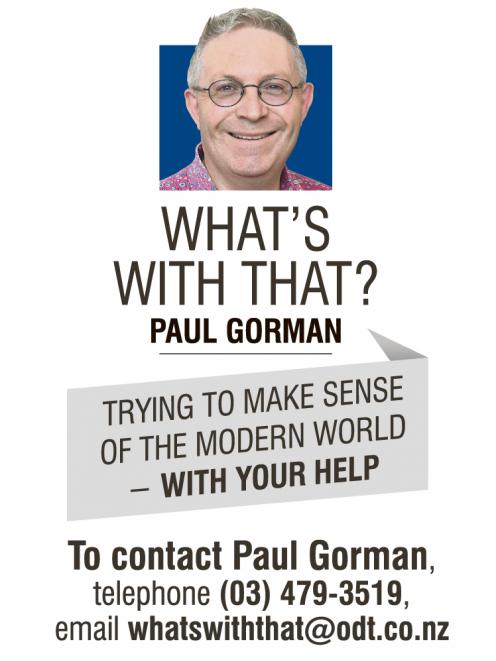 Kevin Crewes, of Yaldhurst, Christchurch, is certain the creature is a cave weta.

"It looks like what we used to catch in tunnels at Benhar, near Balclutha. It has enormous antenna, which are of huge length compared to the rest of the insect."

Anthony Harris, of Otago Museum, says it is definitely a cave weta, from the family Rhaphidophoridae.

"The one photographed is quite localised and common in the Dunedin area.  It is omnivorous and lives in round burrows in slightly damp clay banks.

"This species often comes indoors. It is nocturnal, and often ascends native shrubs such as mahoe at night. It is a harmless native insect."

So now we know. Thanks everyone. 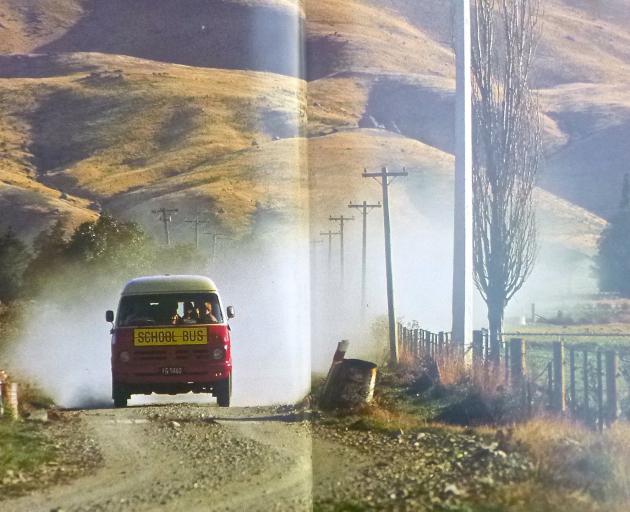 Jenny Longstaff, of Northeast Valley, has an interesting story to share about this photo in the 1983 book A Day In The Life of New Zealand. Photo: Joachim Fischer
Day In The Life

enny Longstaff, of Northeast Valley, has vivid recollections of the lead-up to the photo shoot for A Day In The Life Of New Zealand on March 18, 1983, a Friday she says.

"I was living in Cromwell at the time and became a location driver for Joachim Fischer, a German photographer. From the 30,000 photos submitted by the 80-plus photographers involved in the project, several of Jo’s Central Otago photos were included in the book.

"This one of the Tarras school bus, taken at 8.30am, gained a double-page spread.

"I remember our mad dash so Jo could get into a good position to photograph the dust trail against the background hillside." 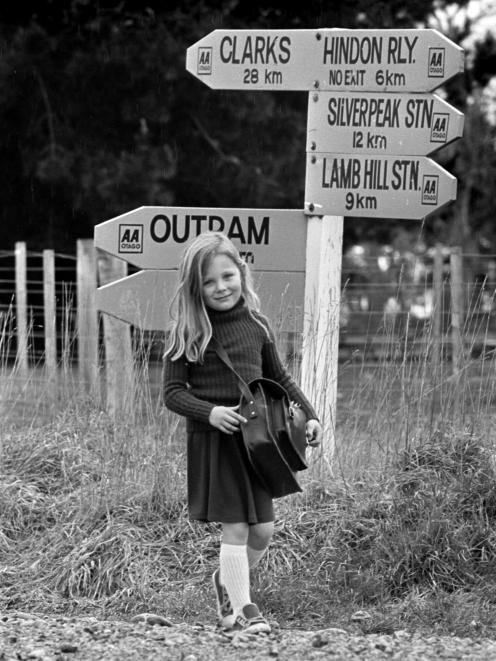 Beverley Kay-Donner, of Mosgiel, wonders if her watercolour painting still exists of this September 1978 photo of 5-year-old Annabel Radford on her 100km round trek to Lee Stream School. Photo: ODT
More mind jogging from the "Images of the Past — Within Living Memory" column.

Beverley Kay-Donner, of Mosgiel, says she was "really interested to see the photograph of Annabel Radford waiting to be picked up from the school bus near Hindon way back in the late 1970s".

"I painted a watercolour painting of her all those years ago, which I was very proud of at the time.

"As I recall, it was purchased by a lady whose name escapes me now. But I remember she drove the school bus at the time, in the Hindon area — a really motherly lady and very caring, and I think she was going to give it to the family.

"I thought it was a lovely study of a child waiting patiently with a wistful smile. These days, many people would not leave their children to wait for a bus alone.

"I would be interested to know if the painting is still in existence, and the name of the bus driver if possible."

I’d be keen to know too. Can anyone out there help Beverley?

These marvels of not-quite-so-modern technology were actually way before my time. I wonder how many people these days even know what a night cart was?Dorothy O’Donnell, of Oamaru, shares this with us.

"I was doing a thing for a Northern Irish Facebook group and was talking about the ‘old night cart’ in the days before the flush toilet. Who remembers the night cart now?

"My aunt had an outside toilet at her cottage in Carnlea. Dad was sitting out there one cold night, contemplating his navel, when along came the night cart.

"The driver pulled up, hopped off his horse, opened the back flap on the toilet and hauled out the tin can under the toilet seat. Dad was awakened from his reverie and jumped up out of fear."

Anyone else recall the night cart?

John Mason, of Mosgiel, has enjoyed the examples of badly used language in the column recently and has his own, intriguing, one to pass on.

"When I was selling timber several years ago, more than once I was asked for tantalised timber."

John, I hope you treated them well.