Who can replace Najib? 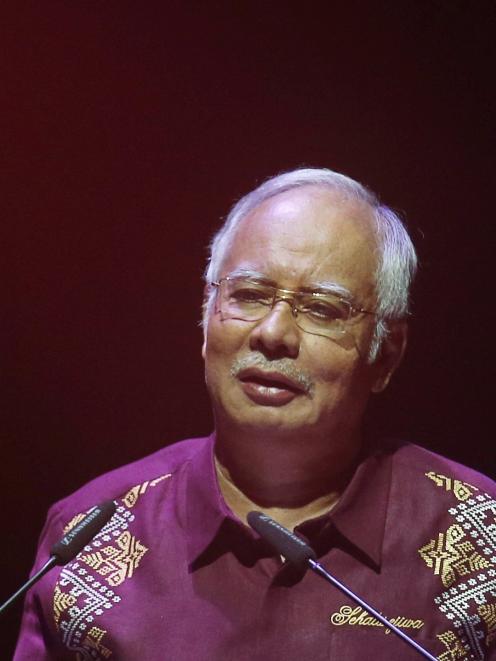 ''The only way for the people to get back to the old system is for them to remove this prime minister.''

Mr Mahathir has been openly criticising the Prime Minister, Najib Razak, for the past year, although they both belong to the same political party, the United Malays National Organisation (UMNO).

What made it special this time was that he said it at a two day mass demonstration in the centre of Kuala Lumpur.

Mass demonstrations are normally attacked and dispersed by the police in Malaysia despite its formally democratic system, but this time the police remained peaceful.

There were the usual disputes about how many people were there, the organisers claiming 300,000 and the police saying 20,000, but the important thing was that Mr Mahathir showed up and gave it his support.

There's certainly good reason to demand Najib Razak's resignation as prime minister. In July the Wall Street Journal published a report that $US700million ($NZ1.09billion) had been transferred into his personal bank accounts in 2013 by the deeply indebted 1MDB state investment fund, which he created in 2009 shortly after becoming prime minister. He remains chairman of the fund's board of advisers even today.

At first Mr Najib just denied it all. He fired his deputy prime minister, Muhyiddin Yassin, for criticising his handling of the affair, and also the attorney general, Abdul Gani Patail, who was leading the investigation into the scandal.

Then, when it became impossible to deny that the money had appeared in his accounts, his advisers began claiming that it had come not from 1MDB but as a ''political donation'' from unnamed Middle Eastern sources.

Whether it was really looted from the 1MDB investment fund or just given to Mr Najib by a ''wealthy Arab family'', its purpose was clear. It was not to enrich Mr Najib personally. It was to swing the outcome of the 2013 election, which Mr Najib's party was in danger of losing.

In a normal democracy, accepting the better part of a billion dollars from foreigners to win an election would be just as serious a crime as stealing it from a national investment fund. But Malaysia is not a normal democracy.

It has been effectively a single party state since independence in 1957, because the great majority of ethnic Malays vote for UMNO and its allies in order to retain their special privileges in the country.

Malays, who are almost all Muslims, were the original population in most of the country and still account for 60% of its people.

However, large scale immigration by Chinese and Indians in the 19th century shifted the balance: Chinese Malaysians now account for about a quarter of the population, and people of Indian descent for around one tenth.

Moreover, it is the Chinese who dominate the country economically, a fact that led to the bloody race riots of 1969.

Since then, Malays have enjoyed cheaper housing, priority in government jobs and business licences, and in practice (though no longer in theory) better access to university courses, in order to help them catch up economically with the Chinese and Indian populations.

The policy has had some success: average household incomes have converged. Malay families have gone from about 40% of Chinese family earnings in 1970 to about 70% in 2009.

Most Malays, nevertheless, feel this institutionalised favouritism is still necessary, and vote UMNO to protect it _ while a majority of Chinese and Indian Malaysians undoubtedly feel that half a century of extra privileges for Malays is enough.

That's why the great majority of protesters at last weekend's demonstration in Kuala Lumpur were ethnically Chinese or Indian. Mr Najib's financial misdeeds provided a justification for the protest, and even many Malays want to see the back of him, but the Malays stayed away because they detect a deeper agenda in the protest movement.

Matters are further complicated by the fact that all Malays are Muslims, whereas practically nobody else is. Mr Mahathir was exploiting the demo in order to further his campaign to unseat Mr Najib in an internal conflict within UMNO, but he certainly does not want to end the Malay Muslim domination of the country's politics or dismantle Malay privileges.

''What is 20,000 [demonstrators]? We can gather hundreds of thousands,'' Mr Najib said after the demonstration.

''The rest of the Malaysian population is with the Government.''

Or at least most Malays are, especially in rural areas, and that's probably enough for him to ride out this crisis unless Malaysia's economic situation worsens.

The Malaysian economy has slowed down dramatically since Chinese demand for imports and the price of oil both began to collapse. Malaysia's currency, the ringgit, is in free fall. If it gets bad enough, Mr Najib will have to go.

Whatever the injustices involved, it's probably better for everybody that the ethnic can of worms stays firmly closed for a while yet, so UMNO should be thinking hard about a successor who will be acceptable to everybody.