Who's not using their loaves in debate over folate? 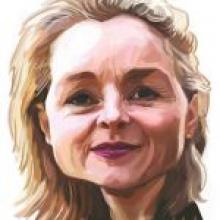 Katherine Rich
There are a number of things to be said about the successful campaign to abort - and I use the term advisedly - the planned mandatory supplementation of bread with the vitamin folic acid.

Not least among these is that it was a text-book example of political lobbying, for which former Dunedin National list MP Katherine Rich, now chief executive of the food and grocery council, can take a good deal of credit.

Her political savvy, connections and familiarity with the media - together with the canny agenda-setting of the campaign - indicate just how effortlessly she has adapted to her new role.

It is also a reflection of how similar, in this day and age, are the skills required by politicians and public relations operatives: indeed the more cynical observer might say they are almost entirely interchangeable.

But let's back up a little and rehearse some of the history of this affair. A campaign has been waged for 20 years or so to have folic acid (or folate) added back to the bread from which the natural folate content is stripped during flour milling.

This followed proof that it was possible to reduce the incidence of neural tube defects (NTDs) - of which spina bifida is the most common instance - with vitamin supplementation.

It is of greatest consequence to women of child-bearing age who perhaps do not have the best or most balanced of diets, and to some of those for whom pregnancy is an inevitability, rather than a lifestyle choice.

The previous Labour-led government, and the National Party in opposition, supported the initiative and it was given added impetus by a joint transtasman food regulatory system.

But following substantial pressure, primarily from the baking industry in the last month or two, a high-profile and one-sided campaign and, by some accounts, polling indicating a lack of public appetite for the mandatory fortification, the Government secured a folate exemption under the terms of the transtasman agreement.

On Monday, it announced it would release today a discussion document proposing that the mandatory fortification of bread with the vitamin be deferred until May 2012.

"The proposal aims to give us more time to evaluate the risks and benefits of the standard and to take into account the wishes of New Zealanders," Minister for Food Safety Kate Wilkinson said.

Game over. How was the campaign so decisively won?

Setting the language and terms of the debate was three-quarters of the battle and Ms Rich and her baking industry colleagues seemed to compete with one another to see how many times they could slip the terms "mass medication", "dosage" and "adulteration" into each press release, article or media interview.

Those, of course, are loaded terms for a process which could simply be described as restoring the original nutrients to the bread.

In fact, it's a wonder some litigious complainant somewhere - the United States? - hasn't attempted to mount a class action against the baking industry for wholesale removal of a vitamin, the presence of which in the daily loaf might have prevented many birth defects and blighted lives.

Then there was the parade of headline-grabbing sound-bites: excessive folate intake can cause cancer; a woman would have to eat 11 slices of bread a day to get the folate she needed; only half a dozen or so kids would be affected annually anyway; and other countries were revisiting their fortification regimes. All of which is at best questionable and at worst untrue.

(The latest research from the UK shows no evidence of risk to health or cancer from high dosages of folic aid. The eleven slices is a red herring - folate in bread would be only a portion of a woman's daily intake of the vitamin, since it is found naturally in a range of other foods including breakfast cereals, whole grain breads, orange juice, green vegetables, eggs, fruit and yoghurt. And the incidence of NTDs is considerably higher when the number of fetuses aborted for just this reason is taken into account.)

But another and possibly decisive factor is that today's consumer, myself included, is wary of having anything unnecessarily added to food - the irony being that much packaged and processed food is full of additives, colourings and preservatives, some of which have been found to have carcinogenic properties, or other deleterious health effects. Here we were talking about a vitamin with proven health benefits.

So with even the Green Party against mandatory fortification, the pro-folate lobby - in the end amounting only to the odd spina bifida support group and, it seems, a silent majority of paediatric and dietary experts - was on a hiding to nothing.

For the moment, New Zealand will not be joining the 57 other countries that currently fortify, although Prime Minister John Key has made it plain he expects the baking industry to provide some optionally supplemented breads.

Whether this will make a difference to the great mass of time-poor, nutritionally deficient white-bread consumers at whom it is aimed - and many of whom this rarified debate will have washed right over - is more than a little doubtful.