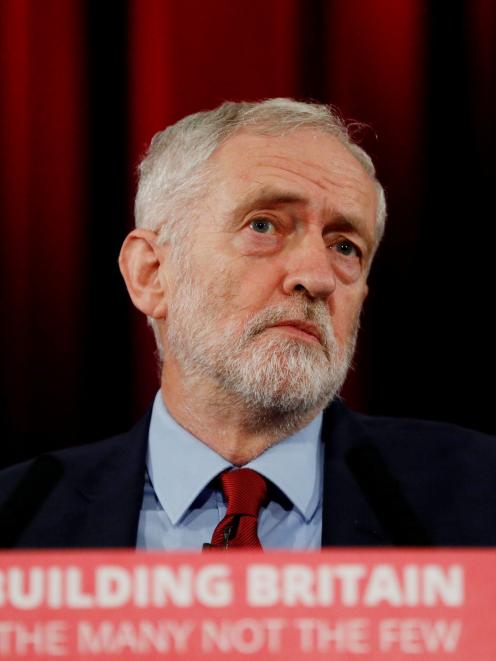 Who would turn down the chance to be rich? Offered the opportunity to make a billion from launching the next big tech start-up, I bet most would sign up without a second thought.

For many, being wealthy is to be aspired to rather than derided or resented. This is one of the findings of new research on public attitudes to the rich, undertaken by academics at Loughborough, Birmingham and the LSE (and funded by the Trust for London, of which I am a trustee).

It explored whether there is a public consensus about the level beyond which wealth becomes excessive or undesirable for society.

The report should top the reading list for candidates to replace Jeremy Corbyn as Labour leader.

It turns out most people do not view the wealthy in the way the Left wishes it would. In focus groups, most people acknowledged that excess wealth brings problems such as disproportionate political influence.

But they did not, on the whole, feel angry with the rich; if anything, the reverse held. While they were less keen on those who did not earn their wealth, they admired people they thought had worked hard to make it.

"I love Richard Branson ... as an example, because you can see how he got there and that can be really inspirational," one woman said. JK Rowling and Oprah Winfrey were also cited as examples of wealthy people who have a positive impact.

There was little lament for the existence of a rentier capitalist class. These positive attitudes to wealth are not that surprising, given how the belief that Britain is a meritocracy is ingrained in our collective psyche — despite all the evidence to the contrary.

In 2012, 84% of people said they thought hard work was essential or very important to getting on in life; just one in three said the same of "knowing the right people". If someone has done well in life, we tend to assume they’ve worked hard and deserve it.

This runs against the grain of Labour’s "for the many, not the few" general election campaign, which was peppered with attacks on the super-rich, while voters were offered a host of expensive pledges such as free broadband, to be paid for through higher taxes on the top 5%.

Yet listen to the candidates competing for the leadership and the emerging consensus seems to be that the problem was Brexit and Corbyn, but not Corbynism.

It is easy to see how Labour ended up where it did. The biggest challenge facing the Left is how to win in the face of the toxic populism that has been embraced by leaders on the Right, from Boris Johnson to Donald Trump. Its ‘‘them versus us’’ narrative is anathema to progressive change: the idea of a corrupt elite set against the people further undermines trust in political institutions and it gains traction by inviting voters to blame groups, from immigrants to benefit recipients, for society’s ills.

One school of thought is that the Left should try to beat the Right at its own game: replace immigrants with bankers, benefit scroungers with billionaires and you get something approaching the Labour campaign. The starting point seemed to be that sufficient numbers of voters are committed Marxists, if only they’d just realise it.

And Labour assumed the public would get its vague allusions to "the few" — who they are and why they are a bad thing. Its manifesto referred to a "wealth grab by the privileged few" without unpacking what that meant and did not explain why people with more should contribute more in taxes — it just assumed this was self-evident.

Labour seemed to assume that bringing voters onside was just a case of arguing the case more forcefully, rather than framing the arguments in terms that chime with people’s own values and beliefs. And so its campaign felt more like turning out the morally pure rather than persuading swing voters.

The Left has had more success when it makes the case in terms designed to appeal to the persuadable. For example, the campaign for equal marriage in the US achieved such a big impact because it framed the argument using conservative values of family and responsibility, rather than left-wing values of equality and human rights.

When it comes to higher taxes, there is evidence to suggest that the public can be won over; six in 10 think the government should be taxing and spending more.

This is consistent with new research about to be published by Tax Justice UK that found that, when making the case for a more progressive tax system, bashing the wealthy resonated far less well with voters than specific arguments about closing loopholes and increasing particular taxes.

It might be less sexy than talk of predatory wealth extractors, but it is more effective. The Left might also do well to focus on the instrumental rather than the moral case: tax as a building block for a better society rather than as a way to punish the undeserving rich.

Research by the New Economics Foundation found public thinking about the economy is deeply fatalistic: there is considerable scepticism about the power of politicians to make it fairer. Talking about how rigged the system is, as Corbyn has done, risks further embedding that sense of fatalism.

It may be tempting to see the rewards reaped by the Right from whipping up anger and feeding off resentment and to hope that progressive politicians could emulate that success by changing the target for something more legitimate. But the Left should exercise caution before embracing populist tactics: they should be used sparingly, if at all. — Guardian News

The British have bought nationalist populism and
they 'know their place'.

There is nothing wrong with individual success, but inequality is structural.

One can only hope that the Aristocracy still prefer the company of the working class, rather than that of the Etonian middle class oicks running Britain.

The UK has had 20 years of net immigration inflows of 2 hundred thousand people a year. There is a shortfall of 4 million houses. UK Labour can ignore immigration but voters cannot with the resulting housing crisis and suppressed wages.