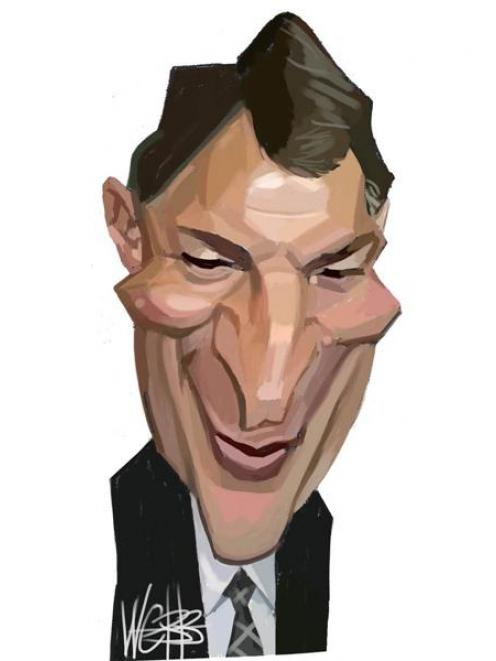 Phil Goff
A report by economic consultants shows there is a strong business and economic case for building rolling stock at Hillside workshops in Dunedin, says Phil Goff. Why, then, won't the Government consider it?

Six decades on, Hillside is still going strong, but with just a fifth of the number of workers that were employed there in the 1940s.

Last April, I visited the Hillside Engineering Group to see first-hand the workers and the capabilities of the workshops.

Interestingly, I wasn't the only politician who called in on the workers that day.

Deputy Prime Minister and Finance Minister Bill English also dropped in to Hillside and this is how the Otago Daily Times business and political editor Dene Mackenzie covered his visit:

"Infrastructure Minister Bill English was impressed with Hillside Engineering workshops, in Dunedin, after his first visit to the site yesterday. 'Hillside is an important part of KiwiRail and I want to get to understand the operations'."

That's interesting from a few perspectives.

I agree with Bill English. I too was impressed that day with the high-quality work being carried out at Hillside Engineering workshops.

I agree that Hillside is an important part of KiwiRail.

But that's where the similarities end between Labour and National.

Unlike the Government, Labour does understand the operations at the Hillside workshops, as it does the Woburn workshops in Petone.

And that's why Labour is puzzled at the kneejerk dismissal by the Transport Minister Steven Joyce of an investigation carried out into building the rolling stock needed for Auckland's rail electrification project right here in New Zealand, by Kiwi workers.

I want to know why the Government isn't at least taking a look at the report prepared by economic consultants Berl for the Rail, Maritime and Transport Union and the Dunedin City Council.

The report shows there is a strong business and economic case for building the rolling stock needed for Auckland's rail electrification project right here in New Zealand, by Kiwi workers.

It would create as many as 1300 jobs over the duration of the building project, according to Berl.

It found building the trains in New Zealand is competitive on both cost and quality.

It would increase our GDP by $250 million and generate tax revenue of about $80 million.

Instead, the Government plans to spend $500 million on the project and all the indications from Steven Joyce are that he intends to write a cheque and send it overseas.

CTU President Peter Conway last week said we have the people, the expertise, the engineering capability and the local supplies to build trains needed for Auckland.

I believe the Berl report builds a very solid case for him.

The Dunedin City Council should be congratulated for being pro-active and looking for real solutions to tackle unemployment.

The unemployment rate rose sharply from 3.9% to 6.3% in the last quarter.

There are now 7600 Kiwis unemployed in Dunedin, more than 3000 more than there were in the December quarter.

At the launch of the Berl report last week Rail, Maritime and Transport general secretary Wayne Butson made the point that he'd attended last year's Jobs Summit. He spoke of John Key and ministers talking up the need to keep New Zealanders working. Wayne and his union went and got on with the task of putting that into action.

They came up with a plan to create jobs in Wellington and Dunedin only to be knocked back almost instantly by Steven Joyce.

So if Steven Joyce is so quick to knock back suggestions from Kiwis to get the economy moving again, where are National's ideas to get Kiwis back into work? John Key's Jobs Summit and Cycleway have been exposed as pure window-dressing.

So why is the Government so eager to dismiss proposals from the coalface to get Kiwis back into jobs?The Berl report is worthy of proper consideration and the Government should be urging KiwiRail to allow its engineering staff to tender for it.

Mr Mackenzie's ODT report last April also pointed out that Bill English was struck by how the Hillside workshops "had been through 10 years of change, and were now going out and competing successfully with overseas suppliers".

Mr English said then: "That represents real opportunities for Hillside in Dunedin."

Isn't it interesting how the Government has now changed its tune.

- Phil Goff is leader of the Labour Party. An alternative point of view from Transport Minister Steven Joyce will follow.