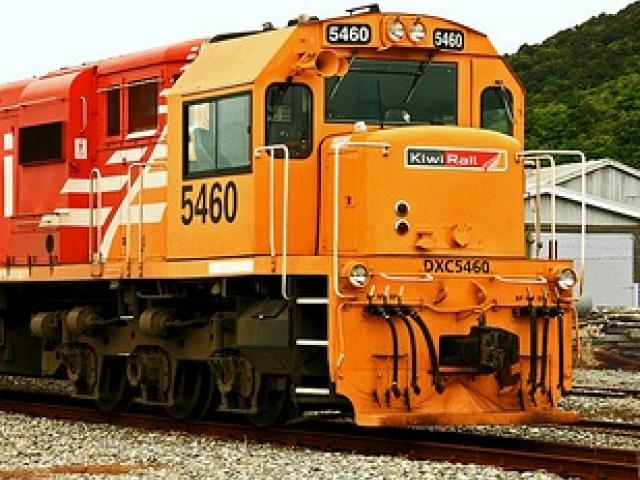 A KiwiRail driver was attacked on his train in the Manawatu town of Feilding early this morning.

It was all aboard at the Dunedin Railway Station on Saturday, when a rail exhibition rolled into the city.

Sixty-four Dunedin manufacturing workers will have their working week reduced by a day following KiwiRail's decision to award a manufacturing tender offshore.
Kiwirail's closure of its Hillside Engineering Workshops is complete.
Struggling KiwiRail may soak up almost $600 million, or a tenth of the cash raised from partly privatising state-owned power companies, Budget documents reveal.

KiwiRail has accepted responsibility for an accident in which a young woman in a wheelchair was hit by a train at a level crossing in Auckland.

KiwiRail's decision to suspend its Coastal Pacific service between Christchurch and Picton over winter has been described by the rail union as "shortsighted and misguided".

Kiwirail says it has re-employed 17 staff made redundant from Hillside, of whom 11 remain working for the state-owned enterprise in Dunedin.
KiwiRail is defending its decision to close the Gisborne to Napier line as "robust" following an independent review that found the line could still be viable.
The derailment of two wagons on the main south rail line near Waitati on Friday night delayed two trains before damage to the tracks was repaired on Saturday morning, a KiwiRail spokeswoman said.

Nearly 90 workers face redundancy, with the news only part of Kiwirail's Hillside Workshop in Dunedin has been sold.

A Dunedin man who started his career at Hillside claims there is something fishy about KiwiRail's tendering of 300 wagons to a Chinese company and has launched his own investigation into the deal.

Kiwirail takes full responsibility for its partial closure of Hillside Engineering Workshops and the redundancy of 90 workers, board of directors chairman John Spencer says.
Auckland Mayor Len Brown has demanded an explanation from KiwiRail after two rail problems in little more than 12 hours caused commuter chaos.

Kiwirail is expected to announce a sale decision concerning its Hillside Engineering Workshops next week.

Just two of KiwiRail's Dunedin workers will be forced to take redundancy, as nine other infrastructure and engineering employees are voluntarily leaving the state-owned enterprise, the Otago Daily Times has been told.

Kiwirail management will meet staff in Dunedin today to deliver bad news about job cuts in its infrastructure and engineering division.

KiwiRail management is today expected to announce a final decision on the number of jobs it will cut, at a meeting with delegates of the Rail and Maritime Transport Union (RMTU) in Wellington.

More than one-third of KiwiRail's 45 Dunedin-based infrastructure and engineering staff could lose their jobs as the company tries to trim costs.

MP Clare Curran has attacked KiwiRail for taking legal action to stop publication of a leaked internal report outlining its plans to slash jobs and network maintenance over the next three years.