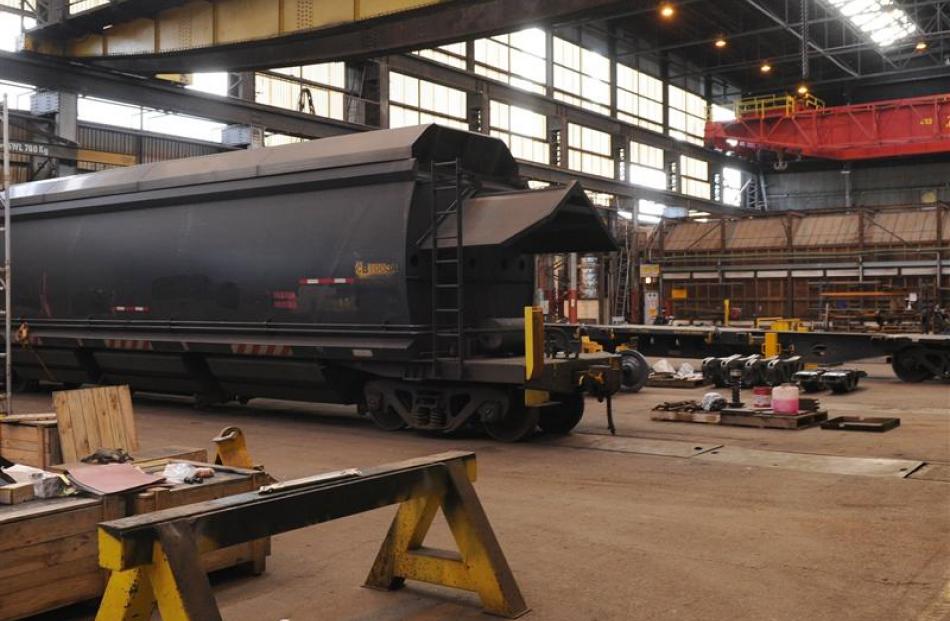 A sale decision said to be "imminent". Photo by Craig Baxter.

Kiwirail is expected to announce a sale decision concerning its Hillside Engineering Workshops next week.

It has been six months since the South Dunedin railway machinery facility was put on the market and workers are anxious to know their fate before Christmas.

The Otago Daily Times understands Bradken, which operates in Dunedin, has been involved in negotiations with KiwiRail.

The global manufacturing company has headquarters in Australia and 34 manufacturing facilities throughout the world, including in New Zealand.

Its Dunedin facility is part of the company's industrial division, which supplies a range of cast, fabricated and machined components, in addition to maintenance and refurbishment services to a wide range of industries, its website says.

Attempts to contact Bradken management in Australia were unsuccessful yesterday.

KiwiRail communications manager Kimberley Brady declined to comment, except to say negotiations were continuing and a result was imminent.

"It is my understanding that an announcement on the future of Hillside is imminent, and could be as soon as early next week," Mr Kerr said yesterday.

Hillside's about 120 workers were tired of the uncertainty, he said.

"It's getting to the end of the year, they are all thinking about the future and they want to know what the future holds for them. Workers traditionally take a break over Christmas and New Year, and it would be good for them to go into that knowing where they stand."

KiwiRail initially planned to announce a sale decision by the end of August, but consultation with potential buyers had taken longer than expected.