Will Japan still give peace a chance? 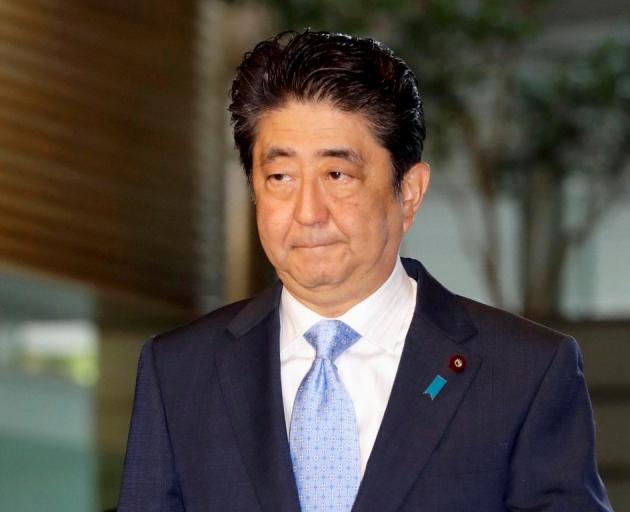 Japanese Prime Minister Shinzo Abe's ruling coalition won a landslide victory in Sunday's national election. Abe's Liberal Democratic Party and its coalition partner now has secured more than the two-thirds majority in the Lower House which enables him to push for his longtime ambition of revising the pacifist constitution.

North Korea's nuclear and missile programme, coupled with rising tensions related to China's military expansion, are strengthening Abe's call for a more robust military and changes to the Japanese peace constitution. The Japanese population, however, remains sharply divided over whether to amend Article 9 which has shaped Japanese foreign policy for the past 70 years.

Recent polls show half of the population is steadfastly committed to defending Japan's pacifist stance while others are willing to accept some change. If North Korean nuclear and missile threats continues, however, will the Japanese public start embracing Abe's agenda for a stronger military and a more independent ``normal state'' capable of engaging in coercive diplomacy and the use of military force when and as necessary ?

After Japan's unconditional surrender and defeat in World War 2, the 1947 ``imposed'' constitution enshrined liberal political ideals such as people's sovereignty, human rights and the renunciation of war as the ultimate law of Japan.

Article 9 of the constitution reads as follows: ``Aspiring sincerely to an international peace based on justice and order, the Japanese people forever renounce war as a sovereign right of the nation and the threat or use of force as means of settling international disputes.'' And it banned Japan's possession of ``land, sea and air forces as well as other war potential''.

Article 9, however, gave the Japanese self-defence force (SDF) the right to defend mainland Japan in the event of an attack, but has prevented it from waging wars on foreign soil or deploying its military in out-of-area operations. This has meant that Japan has been able to develop a robust self-defence force without generating offence to or threatening others in Northeast Asia.

In May 2017, Abe laid out his vision and timeline to amend the constitution by 2020. In particular, he wanted to revise Article 9 by keeping the two pacifist clauses intact, while adding a third clause that would legitimise the constitutional status of the Japan self-defence force. His rationale for doing so was not about Japan becoming a ``normal'' nation but a desire to provide a constitutional justification for the SDF, thereby removing any legal ambiguity about its war fighting as well as its defensive capacity.

He calculated that adding to the constitution will provoke less popular resistance than changing it.

Adding a new clause legitimising the SDF, however, is problematic because it could be interpreted as violating the ``war potential'' prohibition in the first 2 clauses of Article 9. Defining the SDF in the constitution as a ``force for the nation's self-defence'' also raises the wider question about whether this includes collective self-defence and provides legitimacy for joining allies in offensive as well as defensive action. This would be a considerable extension of Abe's reinterpretation of the constitution in 2014 giving the right to limited collective self-defence when the nation's survival is threatened by an enemy attack.

Although his proposal looks restrained, what makes Abe's announcement about constitutional revision suspicious is the audience to which he presented it, namely Nippon Kaigi, one of Japan's extreme right-wing groups. Many conservatives, including Abe, see the US-drafted constitution as a humiliating imposition or another example of victor's justice. Revising the constitution, therefore, has always been their goal.

Abe and other nationalists believe the postwar regime imposed by the United States destroyed Japanese national pride and esteem and feel the constitution is emasculating, even though the SDF is one of the most formidable military machines in Northeast Asia and the existing pacifist constitution enables Japan to defend itself if under attack.

While Abe's goal is to get the constitution amended while he is in office, the Japanese public remains sharply divided over whether to amend the war-renouncing Article 9. Regardless of Abe's desires, his election victory owes more to opposition disarray than personal popularity. Even if he can now muster the mandatory two-thirds support in both houses of the Diet, constitutional revision requires a majority of the population to support it in a national referendum.

Most polls remain fairly evenly split on the issue. There is absolutely no need to rush the revision. The Japanese public are uncomfortable about changing Article 9 which remains at the heart of their post-war national identity as a peace-loving nation. The new national security institutions put in place by Abe between 2013 and 2014 centralise security issues in the executive and legitimate Japanese mobilisation in self-defence.

Both of these moves have been accommodated within the existing constitution. There is no military or security need for constitutional change. Abe's position is aimed at reversing an important part of the postwar political agreement. If he is successful it will generate even more instability in trilateral relations in the region and undermine the pacifist inclinations of over half the Japanese population.

Prof Kevin P. Clements and research fellow Dr Ria Shibata work in the National Centre for Peace and Conflict Studies at the University of Otago.

It gets back to Balance of Power, an old concept. What are the limits on Self Defence by a nation? Is Japan an American ally? Meanwhile, if Israel has nuclear capability, why is Iran not allowed it?