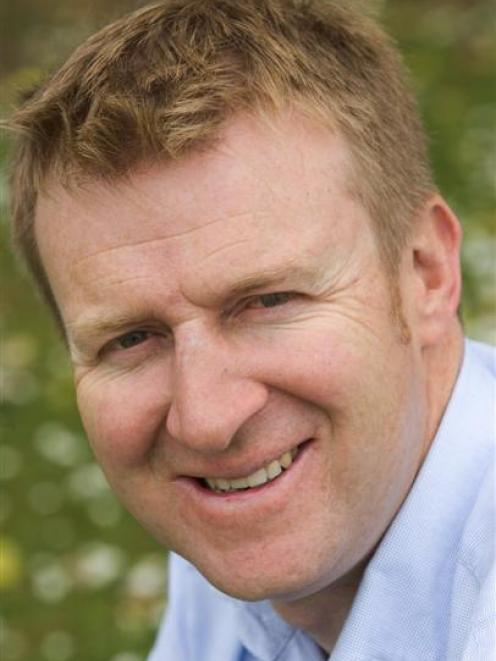 Jonathan Coleman
More than $7 million in funding for the construction of another three cycle trails in Otago was confirmed yesterday, sparking widespread celebrations among local tourism groups and trail proponents.

Getting approval yesterday were the Alps to Ocean Trail (Mt Cook to Oamaru), the Clutha Gold Trail (Roxburgh to Lawrence) and the Queenstown Trail (a series of trails within the Wakatipu basin).

Acting Minister of Tourism Jonathan Coleman announced $18.85 million had been approved by the Government for eight trails under Nga Haerenga, the New Zealand Cycle Trail project.

Mr Coleman said the trails would "showcase the very best that New Zealand has to offer in terms of our landscapes, culture and communities".

"They will be a drawcard for both international and domestic visitors, and add a further dimension to our vibrant tourism sector."

The funding follows the evaluation of 13 phase-two trail feasibility studies submitted to the Ministry of Tourism in May.

A funding agreement for $4 million for the first stage (Walter Peak to Mossburn) of the previously-approved Around the Mountain Cycle Trail will be signed at the Southland District Council's offices in Invercargill today.

"It will drive visitors through the Waitaki Valley, will provide a range of business and employment opportunities, assist with revitalisation of our small towns and local businesses, diversification of land, and put Oamaru and the Waitaki district on the map as a tourist destination."

The community support for the venture had been "outstanding", with locals understanding the potential the venture had to provide both short- and long-term economic benefits, Ms Gudsell said.

He believed the trail would create the greatest tourism investment impact on the local economy since The Hermitage was built at Aoraki-Mt Cook more than a century ago.

The 312km trail starts at the foot of Aoraki/Mt Cook and ends in Oamaru.

The $2.54 million approved yesterday for the Clutha Gold Trail does not include the 34km Roxburgh Gorge section, which Dr Coleman said needed further investigation to confirm its feasibility.

A final decision on its funding will be made by the end of October.

"The certainty of Government funding for Clutha Gold and the potential for the Roxburgh Gorge one to proceed is really important at this stage.

That is one solid peg in the ground for those projects and it will make a big difference in sorting out some of the other issues surrounding them."

Clutha Gold Trail Trust chairman Rod Peirce, of Roxburgh, said the news was a reward for the huge effort put in already.

"We're very happy to reach this stage of proceedings and get funding guaranteed, but the hard work isn't over yet."

He believed the whole trail was feasible and was confident the Beaumont to Lawrence portion would also be allocated funds in the next round, after some "fine-tuning" of the plans.

In Queenstown, a timeline for construction of the 99km of the Queenstown Trail - formerly the Wakatipu Trail - began yesterday.

The trail, which, it was estimated, would bring about $20 million into the Queenstown economy over the next five years and potentially increase the average visitor stay from 2.9 nights to four, would have far-reaching benefits.

Parts of the trail would not require consent, so that construction would begin immediately.

Resource consent for the remaining parts could be lodged within two months and it was hoped the trail network would be complete by next spring.

Wakatipu Trails Trust chief executive Kaye Parker said the announcement had given the trust "the green light", which would have exponential benefits to visitors and residents.

"The community has seen something in it for themselves, but they also see that we're bringing new tourists to the community ... we're also building a legacy for the future."