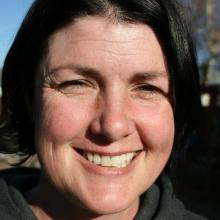 Karla Sanders.
Sticks'n'stones is on a roll, and taking its message nationwide, focusing on rural areas.

The youth-led anti-bullying programme was set up in Central Otago four years ago and has grown from a small group with a small band of teenage volunteers and one person employed one day a week into an organisation with more than 300 youth volunteers. Its co-founder Karla Sanders, of Alexandra, is about to become employed full-time on the project.

Mrs Sanders was announced last week as one of five recipients of the Vodafone Foundation’s 2017 World of Difference Awards, who each will receive $100,000. The funding will be used for Mrs Sanders’ wages and to build a nationwide network of youth leaders to deliver the anti-bullying programme.

Until now, the group’s activities have been supported by Central Otago Reap and other grants but the Vodafone funding would help it reach a goal of setting up as an independent registered charity, she said.

"It’s been a long process and when you look back, we started with just an idea and could never have imagined it would grow this big."

Despite being from a small rural community, the programme had inspired others, challenged some perceptions and encouraged young people to get involved in decision-making, in areas they would not usually have been involved in, she said.

"The award is really humbling, especially considering the calibre of the other applicants.

"This shows us that Central Otago can create something that wasn’t there before, to empower young people, and make a difference," Mrs Sanders said.

The intangible rewards from the win were just as important as the funding boost, Mrs Sanders said. Mentoring was offered for seven years and the group had a chance to collaborate with this year’s winners and network with former World of Difference award winners, all of whom were making their mark in this country and further afield.

"They’ll inspire us, support us and help us grow in a meaningful way."

Speakers from the group highlighted its youth-led anti-bullying programme at three international conferences this year, as well as addressing various conferences in this country. It was making a difference, even if it was one person at a time, teaching young people resilience, making them less vulnerable and encouraging them to speak up for others, Mrs Sanders said. 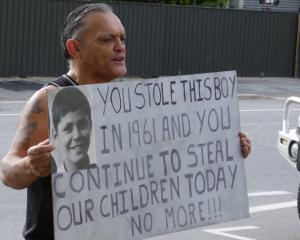