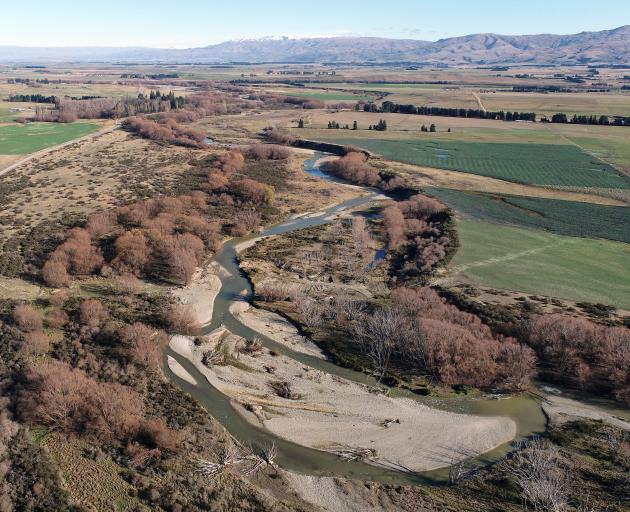 The Manuherikia River technical advisory group was tasked with establishing criteria for determining the river’s "ecological health" after a contentious ORC meeting earlier this year.

ORC strategy, policy and science general manager Gwyneth Elsum, who is also the technical advisory group’s chairwoman, said the criteria were being designed "for the Manuherikia".

"However, there is a possibility that the criteria, or an adapted version, could be used to assess other rivers," Ms Elsum said.

"No decision has been made on this at this stage."

Early next year, when the ORC undertakes analysis of flows for a range of management scenarios for the river, the technical advisory group will assess each scenario against its criteria.

It will then contribute to a final report to the council by March.

The organisations represented on the technical advisory group are broader than the ORC and include Fish & Game, Kai Tahu ki Otago, the Department of Conservation, the Omakau Irrigation Company, the Otago Water Resource Users Group, as well as ORC staff.

The work it is doing now comes after councillors resisted staff recommendations for minimum flows at the contentious August meeting.

At the meeting, councillors were presented with a report asking them to note the preferred irrigation season minimum flows for the Manuherikia area that would be included in the land and water plan for Otago when it was notified at the end of 2023.

But the majority of councillors said there were gaps in the scientific backing for the minimum flows presented.

Rather than note minimum flows, they had asked that the technical advisory group finalise the science for the catchment.

A minimum flow is a mandatory cut-off point when water can no longer be taken under low-flow conditions.

When a river drops below its minimum flow, anyone with a consent to take water, other than a deemed permit, must stop.

Amazing - the science for the Lindis River was deemed proof of scientific reasoning yet inadequate and not scientific enough for the Manuherikia. Indeed, scientific rigour is failing to exist, here - somewhere, because science is a methodology that "best proves" and therefore allows replication of the methodology as being "best fit" explanation and modeling of our understanding of the natural processes.

So what happened to the ecological health criteria that were established between 2013 and 2018? Oh yes, all the staff involved lost their jobs! This is a great example of ORC duplicating work with no regard to the unnecessary cost to ratepayers. It is unbelievable!