A fire that destroyed a farm cottage on Routeburn Station near Kinloch on Wednesday evening was "scary", a resident of the station says.

Ann Percy and her husband Stu manage Routeburn Station for Te Runanga o Ngai Tahu and live in a house across from the cottage.

Mrs Percy said she was watching television when the fire broke out and by the time she noticed the blaze, the building was well-involved.

"I thought it was the reflection of the TV on our door but it was actually the flames from the house across the way," she said.

She had no idea how the fire started, and pointed out that the cottage was an old building.

The cottage was insured.

Mrs Percy said it was occasionally used as holiday accommodation but there was no-one staying in it at the time of the fire.

A Fire and Emergency New Zealand spokeswoman confirmed staff from Glenorchy and Queenstown were despatched and said the building was well alight when the Queenstown crews arrived.

The fire was reported about 8pm — crews had the blaze under control by about 9.15pm and had fully extinguished it by 11pm.

Mrs Percy said she was "ever grateful" for the fire service.

She was unsure what the next steps were, but hoped Ngai Tahu would rebuild the cottage.

The Fenz spokeswoman could not comment on the cause of the fire but said it was not being treated as suspicious.

Te Runanga o Ngai Tahu has been contacted for comment but did not respond by deadline. 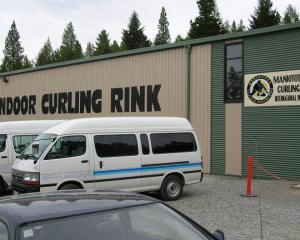 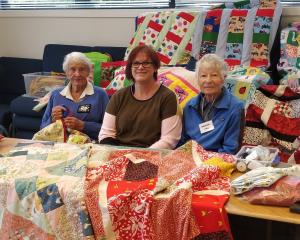