Repair work done on the Luggate bridge is a 'guarantee of a puncture if you are on a push bike', Gary Anderson says. Photo supplied. 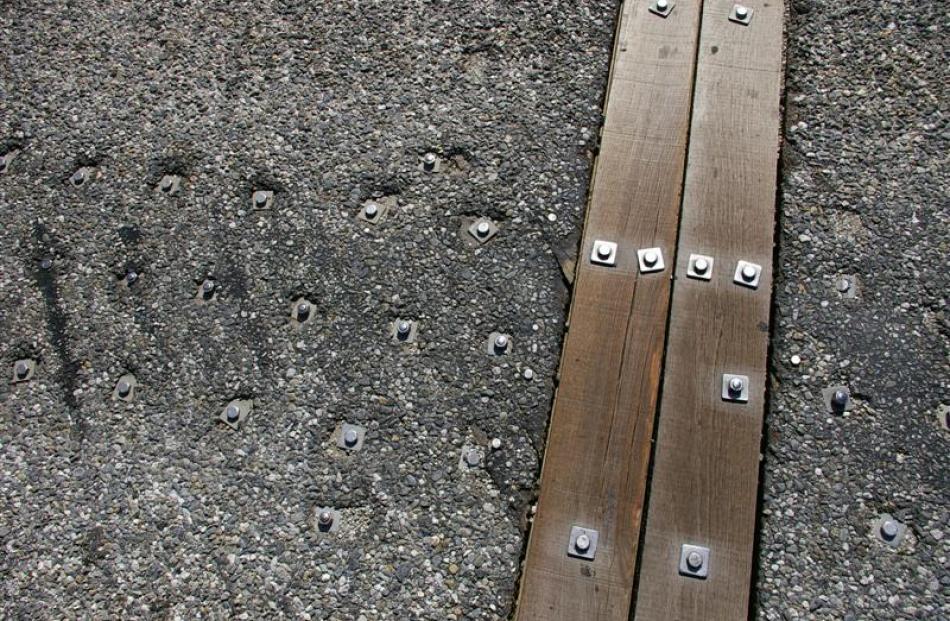 Repair work done on the Luggate bridge is a 'guarantee of a puncture if you are on a push bike', Gary Anderson says. Photo supplied.

In light of scheduled cycle races, concerns have been raised about repairs to the Luggate bridge.

Just before Christmas, contractors of the New Zealand Transport Agency carried out routine maintenance on the single-lane, timber-deck bridge.

Cromwell businessman and Summer Series sponsor Gary Anderson said the work done was not cycle-friendly and he knew of people whose bikes had already received punctures.

''On bikes with high pressure tyres, it will just pop them.''

The 16th annual Lake Dunstan Cycle Challenge, a 96km race from Cromwell around Lake Dunstan, is the final event of the Summer Series, attracting about 400 cyclists.

''There's no way we can avoid the bridge,'' Mr Anderson said.

A 30kmh speed restriction has been placed on the bridge. Cyclists will have to observe that, or slow down further to avoid damage.

The race is being put on by the Cromwell and Districts Promotions Group, whose chairman, Adrian Somerville, said there had been concerns about the bridge in the past.

''Quite often, there's bolts sticking up.

''It was a concern a couple of years back but last year it was OK and I don't think it will affect this race.

''We will just have to make sure everyone is aware of it at the [pre-race] briefing.''

Challenge Wanaka race director Victoria Murray-Orr said she, too, was aware of the bridge issues and would also be pointing it out to challenge competitors.

''It's not ideal. It's far from perfect ... it would be nice to see it in a better state of repair but it is what it is.

''Cyclists will be asked to travel slowly over the bridge ... it's not going to cause us any major headaches.''

She said metal plates on the bridge were causing the punctures, so cyclists should avoid them.

Transport agency area manager John Jarvis said he would ask contractors to check the bridge before the Lake Dunstan race this weekend, to see if there was anything particularly dangerous.