Camper blast happened 'in the blink of an eye' (+ video) 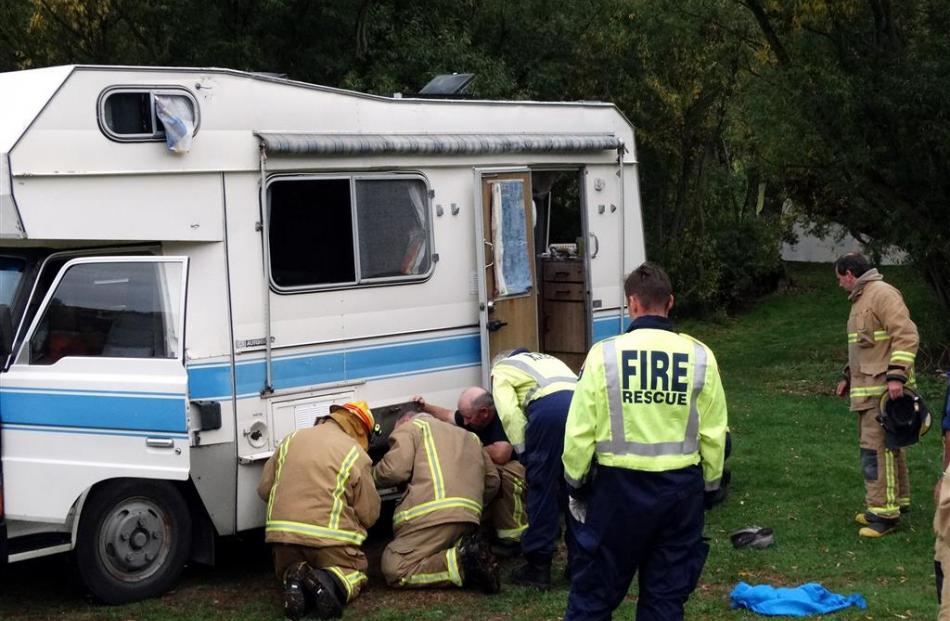 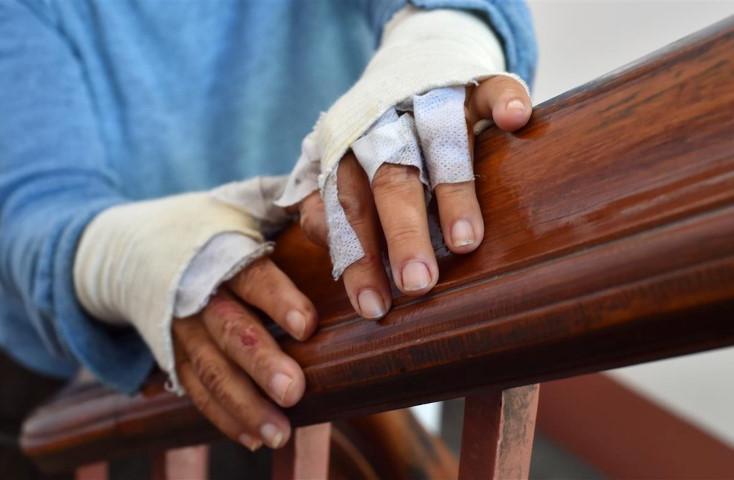 Swiss tourist Nelly Imhof has been discharged from hospital after the incident.

A panicked Swiss tourist jumped from her camper van and rolled around on grass to put out flames on her hands after a split-second gas explosion in Lake Hayes last week.

Nelly Imhof (60) was holidaying with her friend Margrit Staeheli-Walenstadt (72) when there was an explosion inside the camper van on March 7.

Mrs Imhof, who suffered burns to her hands, feet and face in the explosion, told the Otago Daily Times yesterday it all happened in the blink of an eye.

‘‘It was one second - we didn't understand what the matter was.

She jumped out of the camper van, quickly followed by Mrs Staeheli-Walenstadt, who was cooking on the gas stove at the time of the explosion and bore the brunt of it.

‘‘When we were in the grass, many people came, and somebody brought a fire extinguisher,'' Mrs Imhof said.

‘‘People asked us to move because [there could have been] another explosion, and they told us to go to the lake.''

Mrs Imhof was discharged from Dunedin Hospital on March 8, but she said yesterday Mrs Staeheli-Walenstadt was still there.

It was hoped she would be discharged today.

The two women arrived in New Zealand in early January and bought the camper van from a German tourist who had been travelling around New Zealand in it since October.

The German man bought the camper van on a trading website while in Switzerland and picked it up from a friend when he arrived in Auckland, Mrs Imhof said.

The handover of the vehicle had been prearranged before the women left Switzerland.

The thin copper pipe had been turned off when a previous owner replaced a gas fridge with an electric one, but the pipe was still connected to the vehicle's gas supply, Mr Ide said.

The explosion happened when gas leaked from the cracked pipe and ignited with heat coming from a gas cooker, he said.

‘‘The pipe was turned off at the valve and, in its day, that would have been adequate,'' Mr Ide said.

‘‘But what's happened is it was left dangling in mid-air, moving backwards and forwards, and eventually it cracked.''

The pipe was well hidden under the fridge and it had taken fire investigators ‘‘quite some time'' to find it, he said.

‘‘The lesson to be learned is if people have got gas pipes in their camper vans and they've had things removed, check to get them sealed off completely and make sure it's safe.''

There was no way the women would have smelled the gas leak as the source of the explosion was a gas device, Mr Ide said.

Mrs Imhof and Mrs Staeheli-Walenstadt will stay in Dunedin until the end of March to continue their hospital treatment, then head to Auckland for a few days before returning to Switzerland on April 4.

Mrs Imhof said the experience had not put her off staying in camper vans.

‘‘I have owned a camper van for 35 years in my country.

‘‘Of course, I love this way of life and I love New Zealand.''

The important thing was not to tell her story, but to thank all the people who had helped her and Mrs Staeheli-Walenstadt since the incident and to assure them they were recovering well, Mrs Imhof said.