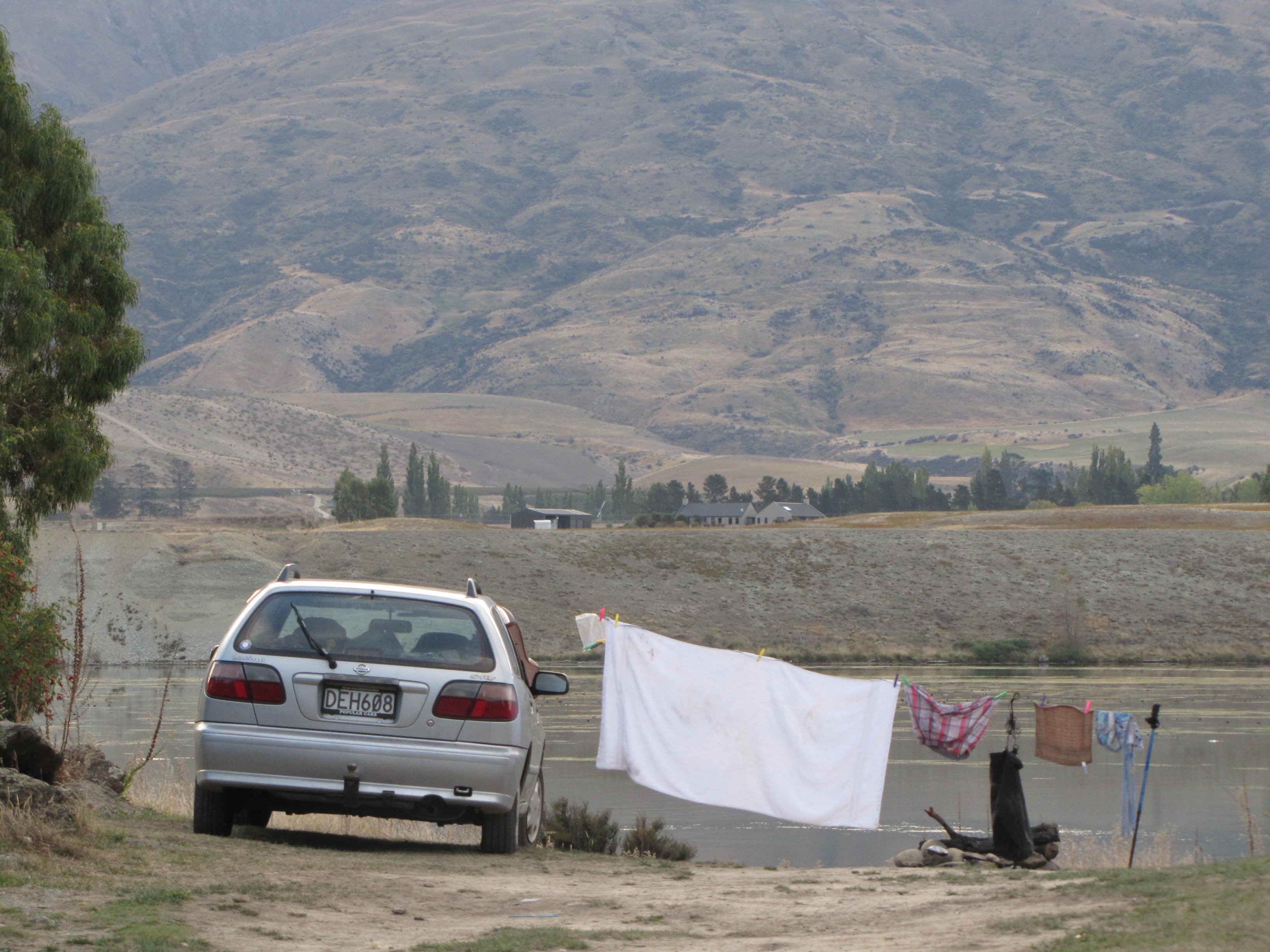 Camping area at Bendigo on April 8. Photo: Pam Jones
The Central Otago District Council has called a meeting with Land and Information New Zealand in the wake of increasing complaints about "irresponsible" camping in Central Otago and how lakeside camping areas are being managed.

Central Otago Mayor Tim Cadogan said he called the meeting because the service provided through Linz was "not enough" and elected members were regularly receiving complaints about the camping areas.

"There has been an increase in service [at lakeside camping areas] by Linz in the last season, but evidence would suggest that this has not been enough to meet the demands created by the busiest tourist season in New Zealand’s history.

"Certainly that is the message that myself and elected members are regularly getting from the public, especially in the Cromwell area.

"What can be done to get the level of service up to what is required by the public will be one of the topics of discussion at a meeting between Linz representatives and myself and several other councillors next week."

The meeting is next Thursday.

As the owner of the lakeshore, Linz is responsible for the area around Lake Dunstan. It has a contractor that maintains the areas, including the picnic area at Bendigo, where camping is permitted for a maximum of three nights. The CODC has a freedom-camping policy and works alongside Linz and forwards any complaints it receives, but  has no powers to police areas.

Cromwell Community Board member Robin Dicey said the issue was becoming more serious and continuing to pose a health risk, especially for orchard and vineyard workers staying in the areas.

He said the only way to solve the problem was for the Government to change its policy and for freedom camping to be banned, as it was in places such as Canada, Hawaii and much of Europe.

Even a policy of camping  being permitted for only three nights would never work, as campers just moved from one area to another, he said.

Mr Cadogan said it would not be possible to ban camping without a change in national legislation, but  it was important to realise not all campers caused problems.

"Many of our independent travelling visitors are good people doing the right thing and not impacting negatively on our district. I would put members of the New Zealand Motor Caravan Association at the top of that list ... If we focus on the term irresponsible campers, we properly focus on the minority that are causing the problem."

Linz group manager Crown property John Hook said Linz was reviewing services and facilities provided at campsites where there had been issues and would "determine how to manage this in the future".

Linz contractors visited the Bendigo site twice a day and Linz was satisfied with the service provided, Mr Hook said.

It was important to realise the Bendigo campsite was not a camping ground, but a short-stay area to be used for up to three days by campers, and toilets had been "adequate for that purpose".

But because of increasing pressure at Bendigo, the toilet block had temporarily been closed and portable toilets provided instead.

When asked about the portable toilets being full to within about 10cm  from the rim when the Otago Daily Times visited the Bendigo site on Wednesday, Mr Hook said "we stand by our statement and have talked to our contractors about the Portaloos.

"We understand there was a blockage at the time you [the Otago Daily Times] visited [the Bendigo site], which has been dealt with now. We will be upping the number of services on the Portaloos and will installing a couple more to cope with the demand".

Linz would continue working alongside the CODC to "address the increasing popularity of our campsites" and "ensure freedom camping is a positive and enjoyable experience for everyone", Mr Hook said.