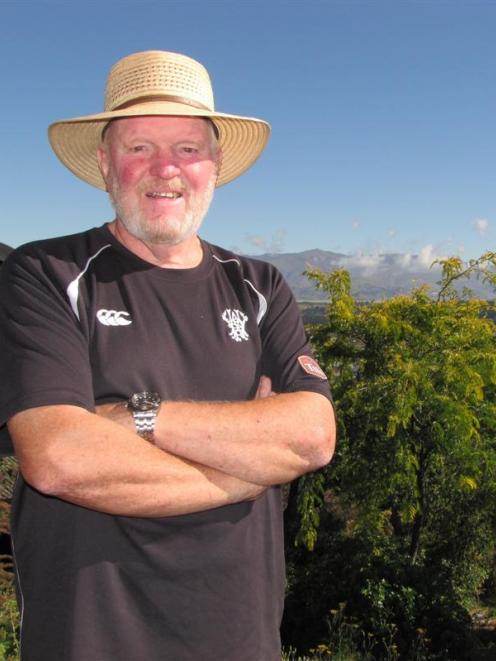 Former Central Otago mayor Malcolm Macpherson is the new chairman of the Central Lakes Trust. Photo by Sarah Marquet.
At 67, Malcolm Macpherson thought he might be slowing down, maybe spending more time in his workshop making wooden furniture.

Instead, the second-term Central Lakes trustee has just been named its chairman and his part-time job at Otago Polytechnic seems set to become full time.

Filling previous chairman Sir Eion Edgar's shoes would be no easy feat, he told the Otago Daily Times this week .

''Eion was the ideal chair - so stepping into his shoes is a bit of a challenge.''

Sir Eion, well respected in the investment sector, former chairman of the New Zealand Stock Exchange and former director of the Reserve Bank of New Zealand, among other things, retired from the trust last year, after serving the maximum three terms, or nine years.

Dr Macpherson freely admitted he did not have the investment knowledge of Sir Eion and said the trust was looking at creating an advisory role.

''It's a relief for me; [we're] certainly not losing his good advice.

''Most of the business of a trust like Central Lakes is about investment ... and looking after our resources. Making grants is the easy bit.''

The trust has about $300 million under management and since its inception in 2000 has granted almost $70 million to community projects throughout the region. However, Dr Macpherson's previous governance experience, including as Central Otago mayor from 2001 to 2010, will stand him in good stead in tackling the challenges of chairing the trust.

He is also holds a few private directorship roles, including at his wife Susan's medical practice, and was involved in local government for 20 years.

''I know Central Otago pretty well 'cause of all the years I spent in local government and on the health board ... and sitting behind the mayor's desk, you get a pretty good understanding of what's needed where.

''We get lot of stuff put in front of us [Central Lakes Trust]. Some obviously deserves our support and others are not so clear.''

Aside from work with the trust, he is working ''more and more'' with the Otago Polytechnic in a contracted role as an academic adviser and recognition of prior learning assessor, specialising in business excellence.

While some of the work can be done over the phone or online, it also requires regular trips to Dunedin, sometimes twice a week.

As student numbers rose, he said it seemed as though it would be a full-time role by the end of the year, ''which is what I wanted it to be''.

''It looks as though my time spent on the health board will be taken up by the polytech.''

Despite wanting it to be a full-time role, he also wanted to start slowing down.

''I've been saying for the last two to three years that I will simplify and slow down so that I can put some more time into the workshop, making studio furniture, but it's not happening.''

''It's a bucket list item to get back into being a craftsman.''

Alex Huffadine, who is also in his second term on the trust, is the new deputy chairman. He replaces Graeme Bell who, like Sir Edgar, retired after serving three terms.

The other returning trustees are Bernie Lepper and Greg Wilkinson. New trustees are Cath Gilmour and Tim Cadogan.