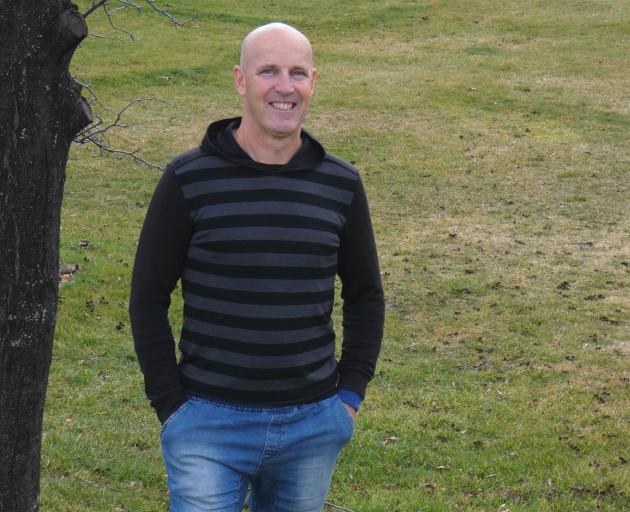 Climate specialist Chris Cameron, of Alexandra, anticipates big changes for towns including Wanaka and Hawea. Photo: Simon Henderson
With flood, fire, avalanches and damage to bridges and roads, it could be a scene from a disaster movie.

Instead, a report prepared for the Queenstown Lakes District Council by Alexandra climate specialist Chris Cameron, along with Leroy Bird of Bodeker Scientific, provides a series of climate change scenarios that could affect the region by the end of the century.

Using a range of climate data, some of which dates back to the 1930s, the scenarios showed some parts of the region could be up to 7degC warmer with 60 more summer days above 25degC each year.

Some of the greatest potential increases in temperature were in the northern areas surrounding Makarora, and to the north of Lake Wanaka and Lake Hawea, MrCameron said.

‘‘There were certain hot spots, if you like, that came through in the modelling.’’

The 7degC increase was atthe ‘‘extreme end of the spectrum’’, but some areas could get much hotter by the end of the century.

‘‘You are more likely to have precipitation falling as rain instead of snow.’’

Variable snowfall and temperatures during the winter months could lead to a ‘‘freeze/ thaw cycle’’ with different layers in the snow, possibly increasing the risk of avalanches, Mr Cameron said.

More extreme rainfall, snowfall or snow melt could mean greater damage to roads and bridges, and stormwater infrastructure could be put under increasing strain.

Changing temperatures could affect what types of crops were successful in the district.

‘‘There are different interactions between what plants need at certain seasons in terms of both rainfall and temperature,’’ Mr Cameron said.

This could provide challenges but also opportunities for other crops to be sown in the region, he said.

Rising sea levels could have a big impact across New Zealand with hundreds, or even thousands, of people displaced from coastal areas.

This could make inland regions like Queenstown Lakes and Central Otago even more appealing in the future.

‘‘To be honest, that is one of the reasons that I live here — previously I lived in Wellington, maybe 150m from the coast,’’ Mr Cameron said.

Queenstown Lakes District Council media and channels adviser Jack Barlow said as part of the development of the draft climate action plan it was ‘‘crucial to have a granular understanding of local climate change impacts and some of the implications of those impacts’’.

The report was instrumental in informing the proposed actions, to identify, assess and respond to climate change risks and vulnerabilities as well as ensuring the built environment and infrastructure networks were resilient to climate change impacts, Mr Barlow said.

The report was available on the council’s website and submissions on the draft climate action plan could be made online until the end of August at https://letstalk.qldc.govt.nz/

‘‘You are more likely to have precipitation falling as rain instead of snow.’’
Then there is this
"More extreme snowfall"
So which is it?, more rain or more snow?.