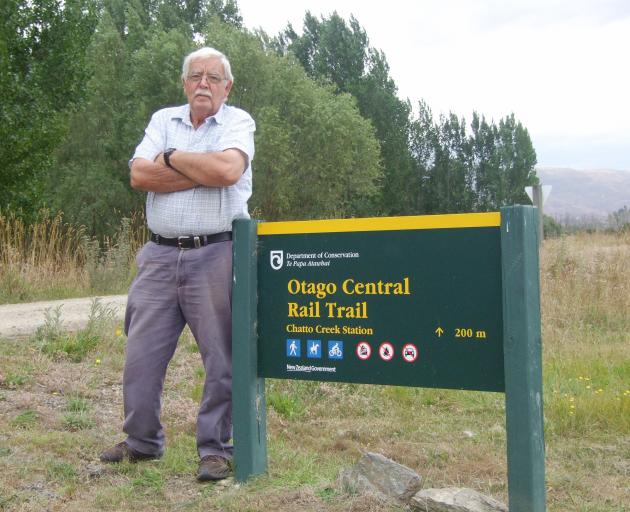 However, the Department of Conservation says it is unaware of any safety issues around that area.

Vincent Community Board member James Armstrong said he narrowly avoided hitting a woman crossing State Highway 85 after he ''hit the brakes'' when driving near the Chatto Creek Tavern on Wednesday.

''She was riding with someone else, and he stopped but she went straight over.

Mr Armstrong was travelling to the board meeting at the time, and raised his concerns with board members.

He said he was worried someone would be killed at the crossing unless something was installed to force cyclists to slow down or get off their bikes as they crossed the highway.

Other community board members shared his concerns, he said.

A give way sign near the state highway crossing was the only notification alerting riders, Mr Armstrong said.

''It's dangerous. The riders are coming downhill and there needs to be something to ensure they slow down.

''What if an innocent car driver hits a cyclist and kills them?''

Doc spokeswoman Annette Grieve said no concerns about the crossing had been raised by the NZ Transport Agency or its contractor, Aspiring Highways.

''The department has not received reports of any incidents involving the Chatto Creek crossing.''

All road crossings on the rail trail had been assessed in 2012. The inspections resulted in NZTA contractors felling trees at the Chatto Creek crossing to increase visibility for trail users and motorists, Ms Grieve said.

Mr Armstrong was raising his concerns with Doc.