Close margins on the ice in qualifier

By Shannon Thomson
0 Comments
Strategy and skill were put to the test as curling came down to the wire this week.

The 2022 New Zealand mixed doubles qualifier started at the Naseby Indoor Curling Rink on Thursday with 16 teams from throughout the country competing.

Chief umpire Darren Carson said it was the most teams the tournament had ever had.

"Up until this point, we’d had 14 [teams] a few years ago and then it went down a bit, but it’s coming up again and it’s brilliant — it’s great to see." 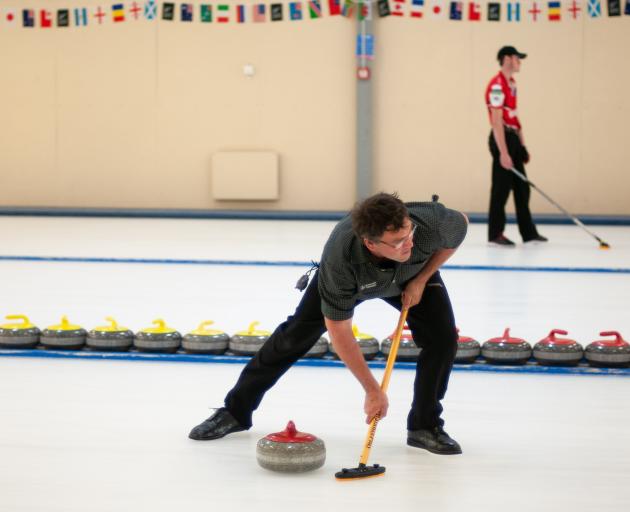 Sean Becker sweeps his stone on the second day of the New Zealand Curling mixed doubles qualifier in Naseby. PHOTOS: SHANNON THOMSON
A mix of up-and-coming curlers and previous New Zealand representatives — including world champion silver medalists siblings Bridget and Sean Becker, and Anton Hood and Courtney Smith who missed just out on Winter Olympic selection in Scotland last year — were vying for a top spot on the board.

"We’ve got the teams out there that everyone’s looking over their shoulder, it’s great to have that depth," Carson said.

The qualifier is the first step on the road to the World Mixed Doubles Championship.

The top six qualifying teams will compete at the New Zealand Mixed Doubles Championship in September, and one team will go on to represent New Zealand in Korea in April.

Competition throughout the tournament has been tight. Early into a match between Ben Smith and Jess Smith, and Hunter Walker and Ruby Kinney yesterday afternoon, Carson was called in to give final call on an end after the distance was too close to determine.

After careful measuring the winning stone was confirmed — by quarter of a millimetre.

"It was extremely close, and it’s not very often we get it as close as that," he said.

The qualifier continues in Naseby today, and the playoffs are tomorrow afternoon.