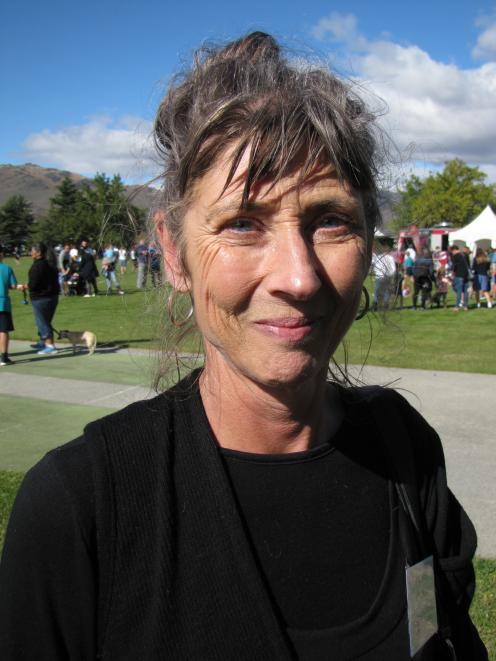 Rachel Thomas
Consultation and co-operation will be crucial to the success of a five-year partnership between the Department of Internal Affairs (DIA) and a Cromwell group, the lead adviser for the project says.

Connect Cromwell has been chosen as one of 16 communities nationwide for the Department of Internal Affairs' community-led development programme.

The programme provided a community adviser, advice and support for groups in the programme, which could also apply for funding to the DIA for events or capital projects, DIA lead adviser for Cromwell Rachael Thomas said.

Ms Thomas and Minister for the Community and Voluntary Sector Peeni Henare were in Cromwell yesterday for the Greenway Festival, which launched the five-year project.

Mr Henare said community connection and development were vital for a "boom town" such as Cromwell, and the community-led development programme recognised that "community knows what's best for community".

Ms Thomas said it was not known how much funding Connect Cromwell would receive, but the annual budget nationwide for the programme was about $4.5million.

Connect Cromwell is a subcommittee of the Cromwell & District Community Trust. Any funding Connect Cromwell receives will go through the trust, which is the "backbone" organisation which holds and processes any funds.

Connect Cromwell member Susan Curran said the group was formed "to help the community to come together to develop ideas that are for the benefit of community".

She said it was an independent group that "does not have a view on any ideas that arise - it is a neutral party that exists to support and provide a process for the community to test and/or develop their idea".

Connect Cromwell did "not lead projects that arise from community", but several community groups had already approached the group for support, she said.

Ms Thomas said the partnerships in the programme were crucial to its success. The DIA not only had a partnership with Connect Cromwell, but had established relationships with the Central Otago District Council and Central Lakes Trust, and would also work with other groups.

Consultation was also a vital part of the programme, although there were no formal parameters or DIA criteria for the consultation Connect Cromwell would do, she said.

Ms Curran said the group had already used an online survey-polling platform for capturing community views, and a community brainstorming session about potential Cromwell projects was held yesterday and more would be held later on.