By Alexia Johnston
0 Comments
A generous community has helped turn a dream into reality for the Cromwell Menz Shed.

Members have been overwhelmed by the support received over the past year as they worked to get the group up and running and, most recently, to establish a base.

The group, which has about 50 members, is now based out of two 40ft shipping containers at the Cromwell Racecourse.

Cromwell Menz Shed spokesman Dennis Booth said countless people in a range of capacities had helped along the way, including businesses, community groups and members of the public.

Some had provided materials and services, others had given their time.

‘‘There’s been so many businesses in town that have got on board and more are to come,’’ Mr Booth said. 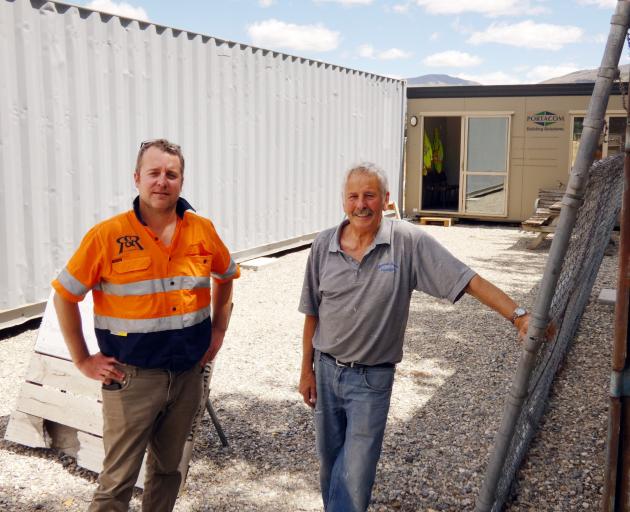 R&R Hiab Services manager Luke Win was among those who had assisted the project.

Mr Win, who helped ensure the group had shipping containers to work from, said supporting the Menz Shed concept was one way to give back to those who had ‘‘worked hard to shape’’ New Zealand.

The Menz Shed initiative brings men together in one community space to share their skills and work on practical tasks individually or as a group, for personal or community projects.

A range of projects had already been completed by the group, including a playhouse for the Cromwell Primary School as a fundraiser and renovations at The Hangout, a base for the town’s youth.

Many more projects are sure to follow, but first the group will focus on completing its new base, which will include a roof to
provide cover between the two shipping containers.