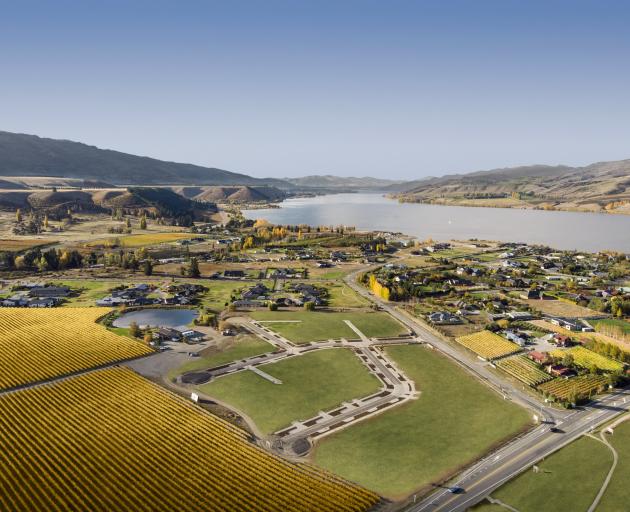 Stage two of Wooing Tree Estate has been approved under the Covid-19 Recovery (Fast-track Consenting) Act.

The Environmental Protection Agency formalised the decision on Wednesday.

The 25ha development is on the site of former vineyard land on the corner of State Highways 6 and 8B, opposite the Cromwell Mall and the Big Fruit sculpture.

The Act was introduced in July last year to aid economic recovery in the wake of the pandemic.

The total value would be more than $200 million, once the subdivision, dwellings and retail/hospitality buildings were complete, Veros Property senior development manager Sean Haynes said yesterday.

Landowners Steve and Thea Farquharson could not be contacted for comment yesterday.

Mr Haynes said the approval was a "positive news story for Cromwell".

"There’s been a massive injection of investment in Cromwell and Central Otago and a significant need for new housing in the district."

The stage two section release would be staged.

About 120 lots would be developed initially, he said.

Titles in stage one, comprising about 27 sections, were issued in June and some houses were now being built, Mr Haynes said.

Wooing Tree’s small commercial precinct would include a neighbourhood centre, travellers’ accommodation and boutique retail and hospitality spaces, and would be anchored by a cellar-door retail outlet for the Wooing Tree winery and vineyard.

Eighteen lots would be created for vested roads and park lands.

Construction of the commercial buildings cannot start before the new roundabout providing access off SH8B and a pedestrian and cyclist underpass are completed.

There is potential in later stages to build a retirement village up to 85 residences.

Wooing Tree Estate has undergone the same process as a standard consent but in a shorter timeframe and without public notification.

It is one of the first fast-track applications to be approved, alongside the $130 million Petone cycleway project and a billion-dollar foam factory in Huntly.

Mr Haynes said the process was faster than otherwise.

"It is gaining in popularity but it does have a shelf life.

"I think they will see a significant increase in applications going through in the next six months," he said.

The Act is to be repealed in July next year.

The Wooing Tree Development Partnership was created in 2019 as a joint venture between Mr and Mrs Farquharson and Crawshaw Properties, a Tauranga property investment company.