Council focus on future of river 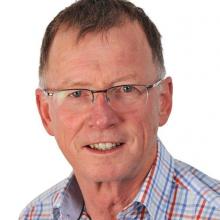 Fraser McRae.
Setting minimum flows and limits to manage the amount of water taken from the Manuherikia River will be the focus of a series of meetings starting next week.

The Otago Regional Council has launched a change to the Otago Water Plan, focusing on the Manuherikia catchment.

Council policy, planning, and resource management director Fraser McRae said the plan change would set flow levels to protect the values of the river or groundwater. Below that level, no more water could be taken.

Anyone who took water from the Manuherikia or interacted with the river or its tributaries and groundwater in the catchment would be interested in the proposed plan change, he said.

The process for changing the plan was a long one, expected to take several years. The change would be developed and then consulted on, notified for submissions and the submissions heard. The decision would then be released and any appeals would have to be resolved.

Mr McRae said the council was initially focusing on catchments where there were high numbers of deemed permits to take water, as the permits would expire in 2021.

The permits originated from mining privileges first gained for gold mining and most were used today to take and use water for irrigation. The permit-holders had to apply to replace their permits with new resource consents to continue to take water before the permits expired in 2021.

The plan change was being developed now so the process could be completed with enough time for people to apply for resource consents with the new flows and limits in place, he said.

The new rules would ''give irrigators certainty about when and how much water they can take within the parameters of their consent''.

Feedback was being sought on what was important to people about the river, whether people had any concerns about the current state of the river, its tributaries and aquifers, and what matters the council should consider when setting minimum flows and allocation limits.

Drop in sessions will be held in Omakau, Oturehua and Alexandra next week. People can also provide feedback through the form on the council's website, or by post.