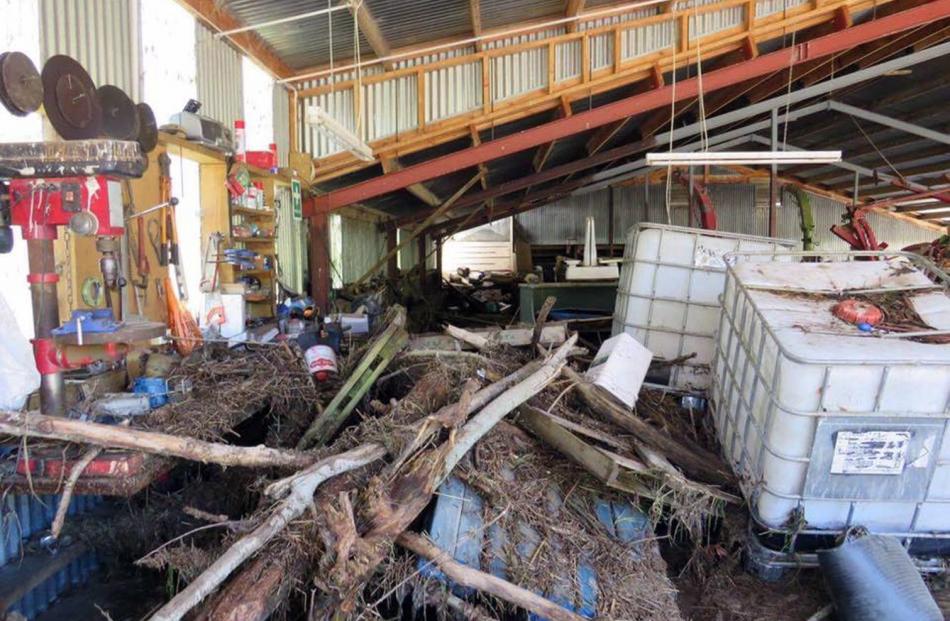 The implement shed after the water receded. Photos: Supplied 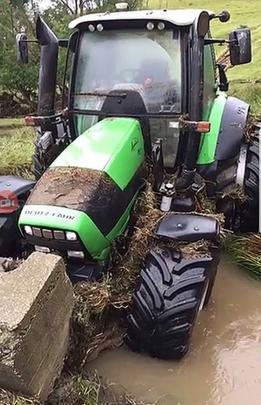 A tractor that was dumped in the creek by floodwater. 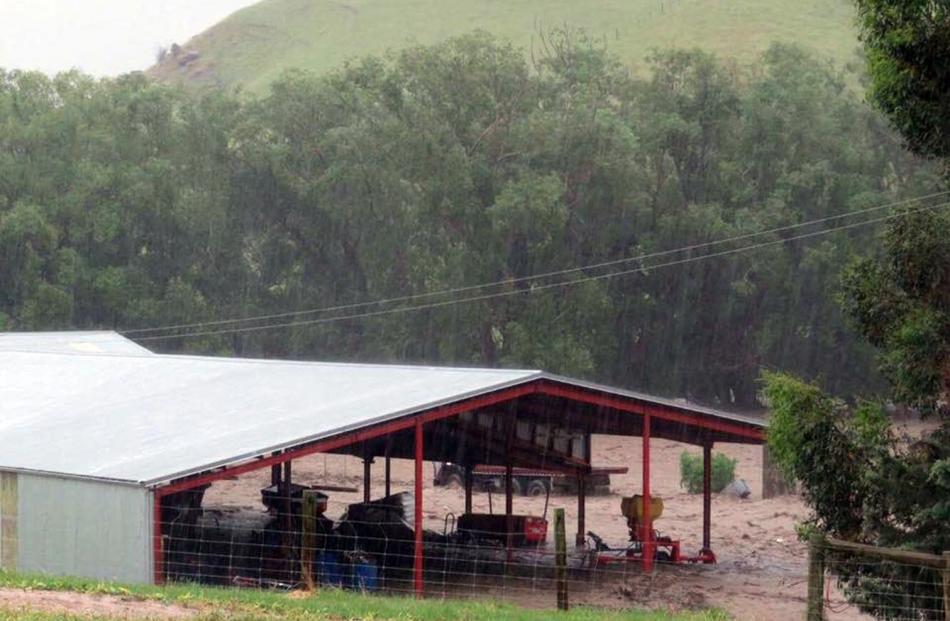 The Pemberton family of Millers Flat has a lot of work ahead.

In a few hours on Sunday, a normally tiny 1m-wide creek running through their farm swelled to a 100m-wide raging torrent sweeping all before it.

''It was a major, major thing,'' Rod Pemberton said yesterday, from his home near the family's main farm, Tima Downs, where his son was out dealing with the aftermath of Sunday's storm.

''And 10km down the road at Raes Junction, they got nothing.''

The downpour had been so intense, his son and his partner Jamiee Coulter had to abandon an attempt to rescue a tractor from the rising water and drive away as fast they could in order not to be swept away, barely making it out safely.

''That was all in the order of about one minute.''

As it was, the water lifted the front of the tractor, spinning it around. It landed in the creek and was partly submerged.

About 36ha of 45ha of new fodder beet crop on their 500ha beef farm would have to be replanted as soon as possible, to have food for stock next winter.

The mains electricity for fencing would need to be restored, and ''kilometres'' of fences needed repairs.

About 1.5m of water rushed through the covered yards, used as an implement shed and workshop, leaving shed and implements damaged and covered in debris.

A fertiliser spreader was found on a neighbour's property on Monday night - ''it was just a ball of steel'' - and a dual-wheel from a tractor was found 5km downstream.

He had not seen anything like it before, he said.

''Just the volume of water that fell in that area was incredible.''

Neighbours, friends, family and locals in the Teviot Valley had been ''amazing'', he said, with many coming to help clear out the shed on Monday, and many more planning to help the family with the work ahead.

Mr Pemberton's wife Paddy-Ann, who is the Central Otago town crier, said it had been an intense few days, but they were grateful for the help they had received.

She also felt sorry for neighbours, particularly one at the bottom of the hill who had the water rush through his house.

''People round here know me as the town crier, and now I've really got something to cry about.''