Cromwell: Predicted Chinese tourism worth $3.4b 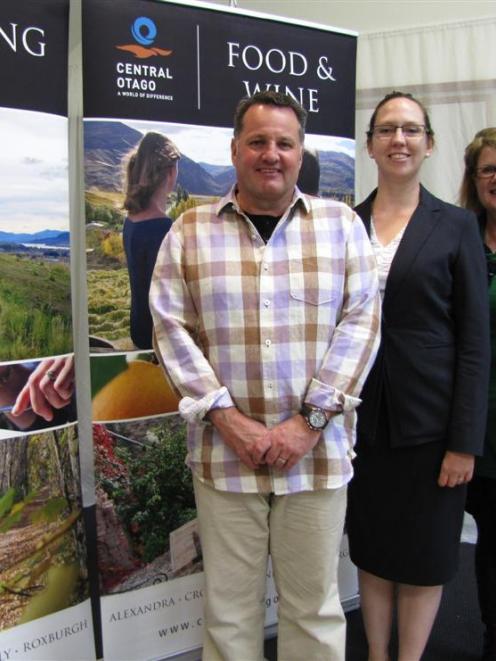 South manager Dave Hawkey, keynote speaker Amy Adams, of Occam Consulting, and Central Otago District Council tourism marketing manager Alison Mason at a China Ready workshop in Cromwell. Photo by Sarah Marquet.
Chinese tourism is potentially worth $3.4 billion per year to New Zealand but we need to work for it, a workshop in Cromwell was told yesterday.

Amy Adams, of Occam Consulting, and Dave Hawkey, manager of South, an initiative facilitated by Christchurch Airport and funded by South Island tourism organisations, presented to more than 20 local business and tourism operators.

They said 80 million Chinese people travel overseas but the Chinese prime minister would like to see that rise to 400 million.

With the Chinese prime minister's goal to raise the number of tourists, New Zealand's slice of the pie could rise to one million people, Mr Hawkey said.

Ms Adams, who lived in China for 15 years and taught professionals both here and there how to bridge the gap between our nations, said Chinese tourists liked experiences that might seem normal to us.

''Things that are normal to us are really special to them. Picking fruit and eating it, for example.''

''The young people of China want new, unique experiences and people in China now know how to drive.''

Word-of-mouth advertising was far more effective in China and other Asian nations than traditional forms of advertising.

Therefore, New Zealand businesses should try to give tourists the best possible experience and take Chinese culture into consideration.

That could include altering menus to include noodle-based dishes and having signs in Chinese or learning to say simple phrases.

Due to cultural differences, they may also expect things New Zealanders would not, for example, changing aspects of a booking at the last minute.

Mr Hawkey said it was ''beautiful landscapes'' that particularly sold the South Island.

The pair were on day 14 of a South Island-wide trip in which they are presenting in 25 towns, including Dunedin, Queenstown, Wanaka and Alexandra.