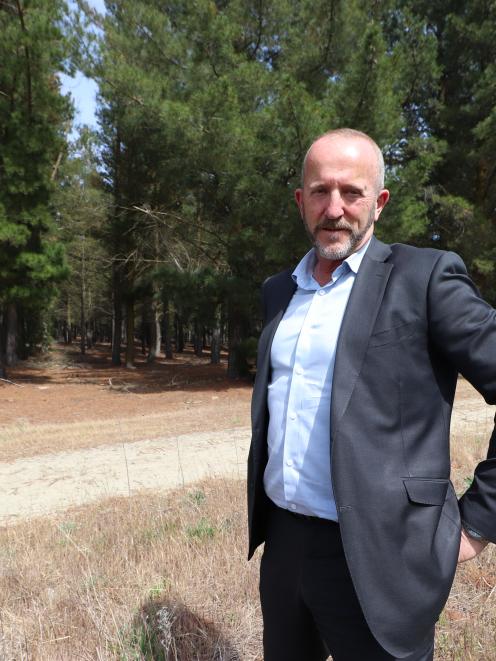 Peter Hishon
Families are being forced to leave Central Otago or are being split up because of a lack of rest-home and dementia facilities in the district, stakeholders and residents say.

The situation is particularly bad in Alexandra, where delays in a retirement village proposal have contributed to more people leaving the town.

Leaning Rock Village trustee Peter Hishon said it was vital the Central Otago District Council and others in the area knew how bad the situation was.

"The biggest message we need to get through to the council is that people are coming to Alexandra to retire and then having to leave again because there is nowhere for them to go when they need more care ... There's a whole realm of things that this [Leaning Rock] village could cure."

The not-for-profit lifestyle village - which would include a rest-home and dementia unit - was first mooted about five years ago and trustees were now preparing to make a formal application to the Vincent Community Board for 4ha of council land in Alexandra.

The village would help meet the "desperate" need for a expansive retirement facility in Alexandra and provide continuity of care for older people to move into more complex care within the same facility as they grew older, Mr Hishon said.

Detailed data is not available, but Alzheimers Otago manager Elizabeth Harburg said the organisation was seeing many families have to make the "tough decision" to leave Central Otago to access dementia care.

Age Concern Central Otago co-ordinator Marie Roxburgh said New Zealand was "ill-equipped" as a nation to address its ageing population, and Central Otago had a higher percentage of residents over 65 than the national average.

As well as seeing people have to move out of the district for aged care, Age Concern was also seeing "carer burnout" due to a lack of respite care for family members.

Leaning Rock trustees announced in September they had changed tack with their proposal and would now focus solely on the council-owned piece of land for the proposal, because securing an additional piece of Crown land was taking so long.

The Vincent board had already agreed six times to delay any further development interests in the council land while Leaning Rock was still in negotiations for the Crown land, which would first be offered to Ngai Tahu.

Board chairman Martin McPherson said he could not comment on Leaning Rock's plans without a firm proposal before him, nor pre-empt any board decision.