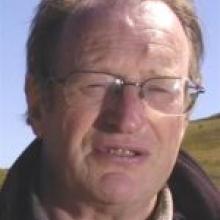 John Cuttance
Rats are not a typical treasure hunt item, unless the scavenge is being held at Waipiata.

During the weekend, the Waipiata Country Hotel Dirty Dozen Critter Hunt was back in full swing, after having been put off last year.

More than 30 hunters from throughout the Maniototo took part in the annual critter hunt. Competitors had to bring back 12 listed animals (dead or alive) to the local hotel within two days from Friday night.

By 2pm yesterday, the pub was packed with seven teams of four, each proudly bearing their bounty, as well as supporters and curious spectators.

Organiser and Waipiata Country Hotel publican John Cuttance said this year's turnout was slightly better than in previous competitions. The first critter hunt was held in 2002.

Since then some rules have had to be fashioned, as people tried their luck with more liberal approaches to finding animals. These days all animals have to be identifiable, not frozen or thawed, and none are to be poached from a farmer's paddock unless otherwise arranged.

Mr Cuttance said this year Canadian geese and rats proved hard to find, with only one team out of seven finding either critter.

Two teams managed to find 11 of the 12 listed animals, and a winner was decided in a "traditionally Maniototo" way, Mr Cuttance said.

"We had a nominee from each team arm wrestle one another to settle it," he said.