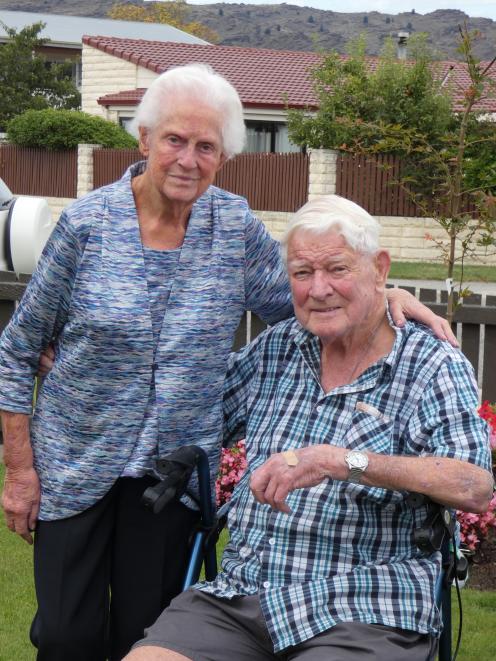 The couple met in Dunedin and married at St Mary’s Catholic church in Dunedin in 1955.

They moved to Alexandra in 1965 when Mr Beckwith was tasked with setting up a branch of Fletcher Merchants, which later became Placemakers.

They had four children, three girls and a boy, and now they have nine grandchildren and four great-grandchildren, ‘‘with two more on the way,’’ Mrs Beckwith said.

The secret to their long marriage?

‘‘He is very easy to live with,’’ Mrs Beckwith (nee Zimmerman) said.

The couple have been sent a message of congratulations by the Queen and the family will gather for a celebration at the Alexandra District Club on Saturday.